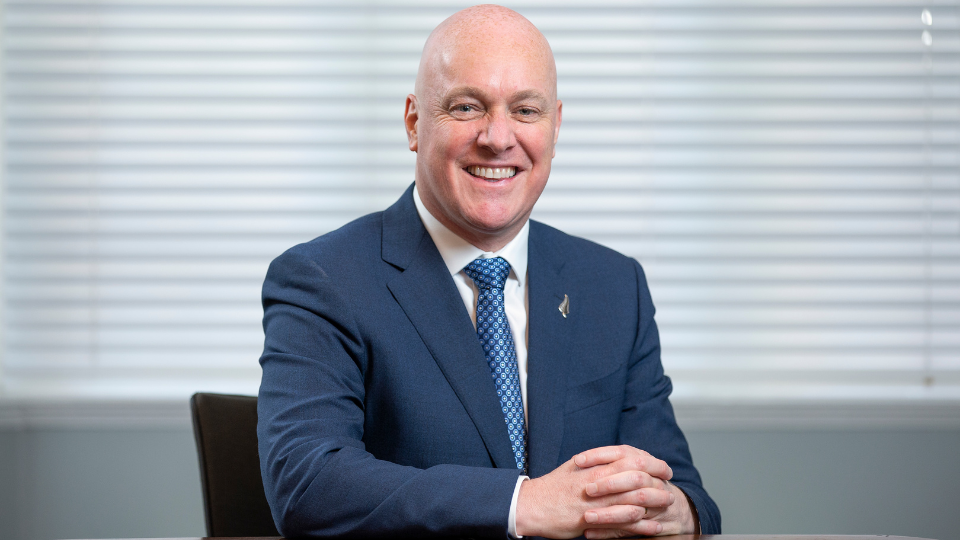 Join us for lunch with Christopher Luxon, Leader of the Opposition and National Party Member of Parliament for the Botany electorate.

At a critical time for New Zealand construction and infrastructure, take this opportunity to engage with the Leader of the Opposition around the opportunities and challenges we face as a sector, and discuss ways to develop our communities of tomorrow.

A two-course lunch will be served at the event.

Christopher Luxon is Leader of the National Party and Member of Parliament for the Botany electorate.

He was born in Christchurch and raised in Howick, Auckland. As a graduate, Christopher embarked on an 18-year career at Unilever, working in New Zealand and around the globe, finishing up his time with the company in Toronto as President and CEO of Unilever Canada.

Alongside his corporate roles, he has served as Chair of the Prime Minister’s Business Advisory Council and is a Vice Chair and Trustee of the international aid organisation Tearfund New Zealand.

Christopher lives in Auckland with his wife Amanda and their two children.

Lunch is included in the ticket price.