An engineer by day, musician by night, Kezia Lloyd was a 2020 ACE Emerging Leader finalist. Head of Specialist Services at WSP, she leads up a team of consultants responsible for acoustics, fire, facades, and sustainability. Kezia is a promising young leader in the engineering and consulting sector. We caught up with her recently to ask her about her leadership style and what makes her tick. 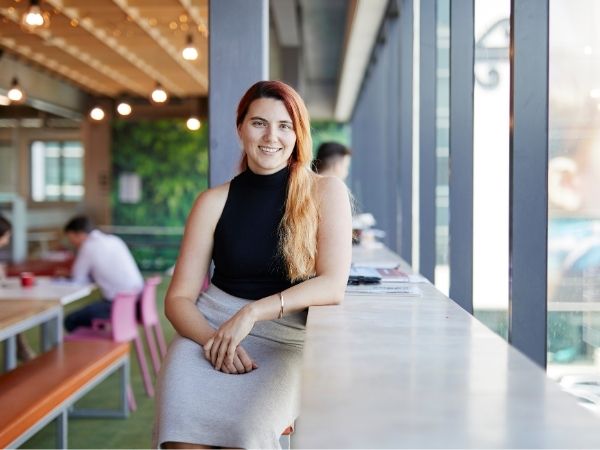 Kezia, I hear you're into rock 'n roll?

Like many acoustic engineers, I'm a musician. I've always enjoyed music, and in my younger years, I played the cello, piano and sung, I even took up the double bass for a year. The cello became less transportable as I got older, and I took up the ukulele and guitar. When I was in Sydney, I teamed up with some of my colleagues and formed an 80s covers band!

What made you enter the 2020 Emerging Leader Award?

My director at work asked me to put forward people I thought would be appropriate for the award. One of my colleagues approached me when they realised I met the requirements for entry.

It's a nice feeling when my peers think my leadership is of a standard that would give me a chance of success in what turned out to be a strong field of applicants.

Talk us through the entry process

The process itself wasn't complicated because, as a specialist consultant, compiling a report is very much within my wheelhouse.

However, the introspective nature of the process and looking back at the projects I had undertaken from a management perspective was fascinating.

It took a bit of time to complete the entry. I'd forgotten about many of the management roles I've had in the past 12 years! That process turned out to be a welcome trip down memory lane in the sense that reviewing my career gave me a chance to evaluate a lot of the things that I'd done, the good and the bad, and then consider how far I had come over the years. 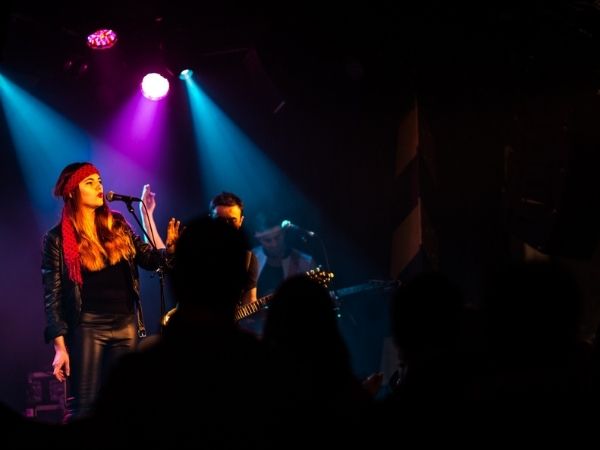 Kezia singing in her band

What prompted you to take up engineering?

I've probably always been an engineer.

I was that kid who'd fix things around the house, like the letterbox.

The real 'ah-ha' moment was when mum said I was suited to engineering because I was good at math.

When I think back, there was no other career path that I seriously considered. So no prompting, no last-minute decisions, engineering was it for me.

What do you remember about your university days?

I remember spending a lot of time in the mechatronics lab tinkering with circuit boards and endlessly coding. I also remember the strong friendships I made in this period of my life that I still have today.

I love the creativity and problem-solving of engineering and the fact that no two projects are alike.

An engineer has to come up with answers to problems that, at times, have a variety of different solutions, and you have to take into account a multitude of factors.

Many of the best outcomes require creativity, which is an element of the job that non-engineers might not understand. Engineers spend a lot of energy being creative and documenting their ideas.

What are your favourite types of projects?

I've worked on a whole bunch of projects, but my favourite ones are large-scale developments. These projects allow me to sink my teeth into a multitude of challenges and spend time analysing the problems and developing a solution. Early in my career, I went to the UK, where I was lucky enough to work for a company that put me onto projects based in the Middle East. They were all super-sized compared to anything I had worked on in New Zealand. As an engineer with all of two years' experience, I set to work on six buildings in the King Abdullah Financial District in Riyadh, Saudi Arabia. The buildings were multi-story, mixed-use towers and I remember thinking this was an extremely complex project. It was undoubtedly a much larger project than anything I had been involved with up to that point in my career. I then moved to live and work in Australia and again was involved in some large projects.

Did you gravitate towards a management role, or was it a deliberate step on your part?

It was a natural step and happened over time. I started with WSP in Australia in 2012 as the second acoustic engineer employed to the company. The intention was to grow a sizable acoustic engineering team that would match the business's scale, and over eight years, we grew the team to over 30 people. When a team grows in that manner, there is a bubble effect that allows you to show your management aptitude. The team gradually grew, and I eventually became the Associate Director leading WSP's acoustic engineering operation throughout New South Wales and delivery in New Zealand.

What are some of the challenges you face as a leader daily at WSP?

As a leader and manager at WSP, I can cut across many disciplines.

I'm responsible for the identification of opportunities and development of these into services we can deliver. The most challenging aspect of my role is to juggle the critical work elements to ensure they're prioritised in my daily schedule. There are plenty of things that require attention across all of the disciplines I cover and giving them all the time and care they deserve is always very tricky.

What's your advice to anyone who was thinking of entering the Emerging Leader award?

My advice is to give it a go. The awards entry process is about being confident and putting your best foot forward. You should use the experience as an opportunity to reflect on how far you've come as a leader and where you want to go. Just getting into a leadership role can be a long and winding path, so be confident and give it a go.

Connect with Kezia Lloyd on LinkedIn