Many of us seem good at hiding our pain – with journalist, Jehan Casinader

Jehan Casinader harboured a secret during his celebrated TV career. He was struggling with depression. In his new book, "This Is Not How It Ends", he explains how he found a way through. We caught up with Jehan to hear what he learnt from this challenging period in his life. 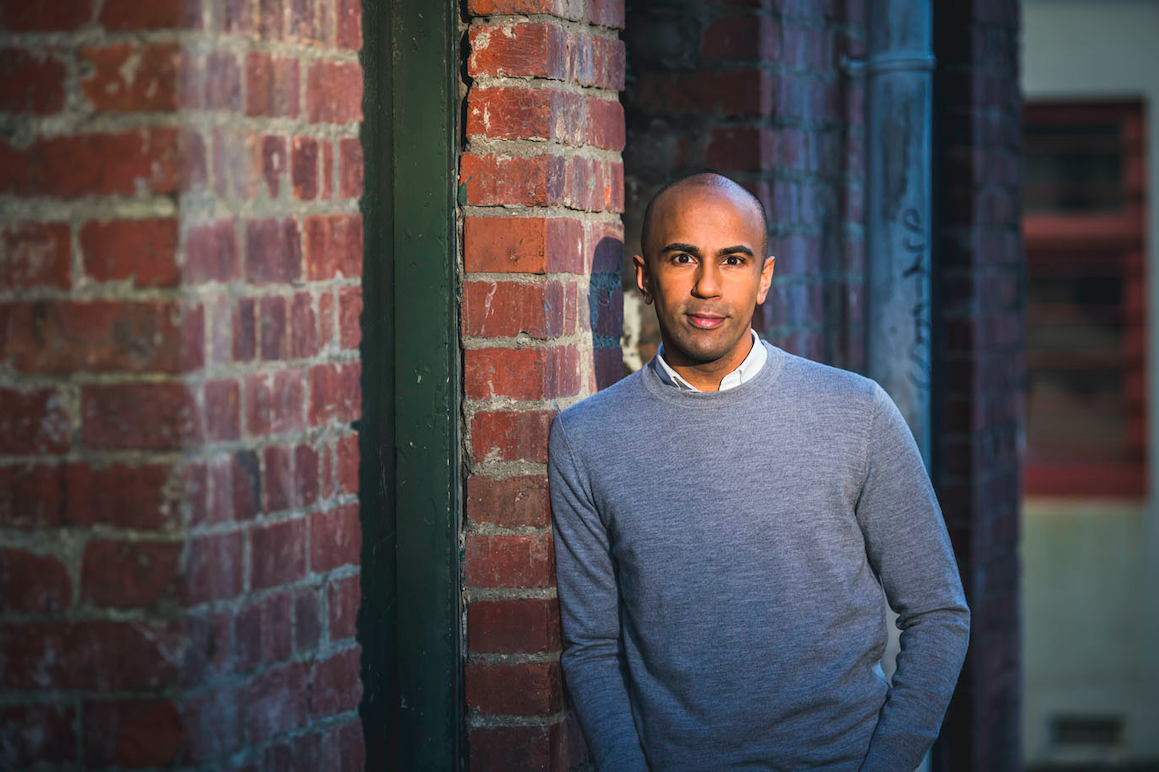 What alerted you to the fact that you were suffering from depression?

It felt like a big black cloud had descended on me. That happened quite gradually, and in the beginning, I didn't recognise it as depression. I thought I was just going through a rough patch because I had just moved to Auckland to start a challenging job. I was finding my feet in a new city, and I had moved away from my friends and family, which in itself is a pretty simple recipe for mental distress. I knew I was in for a hard six months. But that became 12 months, then 18 months, and I was feeling more and more overwhelmed. At that point, I thought: 'Maybe there's something deeper going on here'.

Was anybody watching out for you?

I hid my distress very well. Working in the media, I knew how to put on a mask to meet other people's expectations – and my expectations of myself. We all perform in our workplaces and homes. You have to drop that mask and find the courage to be authentic with the people in your life. That's when you can start to work through your challenges. I shared what I was going through with a very small group of close friends who tried to support me. But not all of them had the tools or understanding to do so. Fortunately, my best friend stuck by me. He supported and encouraged me every day. But eventually, that took a toll on him. I realised that I needed to take responsibility and get myself out of this hole.

Did you ask for help from professionals?

Yes, I did that quite early on. I saw a counsellor and my GP, and eventually a psychiatrist. I do believe in asking for help. It's really important, because you deserve input from professionals, and they have some great resources. But I think we also need to remind people that, ultimately, you're the one who will have to do the heavy lifting. No one can come along and fix you or rescue you. My journey back to health really began when I realised that I could take control of my wellbeing, rather than waiting on other people.

Was there ever a time when someone told you to 'just snap out of it'?

No. I'm fortunate to be part of the first Kiwi generation to grow up in a country in which there is an understanding and language around mental health. I was at high school when Sir John Kirwan wrote the word HOPE in the sand using a piece of driftwood. I credit that famous advertising campaign with opening up the whole conversation around mental distress. The 'take a concrete pill and harden up' attitude is still prevalent in some parts of our society, but I haven't had to face that in my journey.

Was it a difficult decision to leave your job at TVNZ?

It was hugely difficult, and I agonised over it for well over a year before I was able to call a meeting. I asked for six months of unpaid leave, to return to Wellington and put myself back together. That was the best – and hardest decision I made. I intended to rest and sleep for six months and then move back to Auckland and continue where I left off. But three months into that break, I realised I didn't want or need to go back, and that it was far better for my wellbeing to stay in Wellington. So I resigned. I'm still working as a journalist, but I'm also contributing to mental health advocacy, and I'm really enjoying it.

How do you feel about the dark period of your life?

Grateful that I managed to get through each of those days. There were well over 1,000 days during a four-year period where I experienced fairly severe distress, and I'm just incredibly grateful that I'm still here. I am also grateful that I now have an opportunity to take those experiences and present the lessons from them in a book and in workshops. Hopefully, I can give people tools to deal with the tough stuff in their lives.

Where do you think you would have ended up if you hadn't made the break?

I was suicidal for a long period, so the obvious answer is that I may have taken my life. I'm not entirely sure that would have happened, and I hope it wouldn't have. I had experienced mental distress for many years and had somehow kept myself alive – even though I had unrelenting thoughts that were beckoning me to end it. If I hadn't taken a break, I know that my mental health would have continued to deteriorate, and I probably would have lost the ability to function in my job and my life.

What should workers be looking for in their colleagues that would point to mental distress?

I wish there was a clear list of signs and symptoms, but there isn't. That's because many of us are very good at hiding our pain. We outwardly appear to be performing at a very high level, and can even seem happy and content, despite going through internal turmoil. What is most important is to foster a workplace environment in which vulnerability and authenticity are highly valued – and modelled by leaders. Businesses should give staff space to speak about their emotional lives and the challenges that they are going through. We need to genuinely ask people how they are and take an interest in their lives outside work. It's all about trust and patience.

Connect with Jehan on LinkedIn

Jehan held a webinar at 10am 17 November, joined by ACE member Tony Matthews to explore mental wellbeing and an unlikely contributor: storytelling. Watch the recording (ACE member access only)

Many of us seem good at hiding our pain – with journalist, Jehan Casinader