Luke Krieg is Digital Innovation Manager at GHD and also oversees the operation of the Smart Seeds innovation programme. We caught up with him to find out how the programme is empowering emerging leaders. 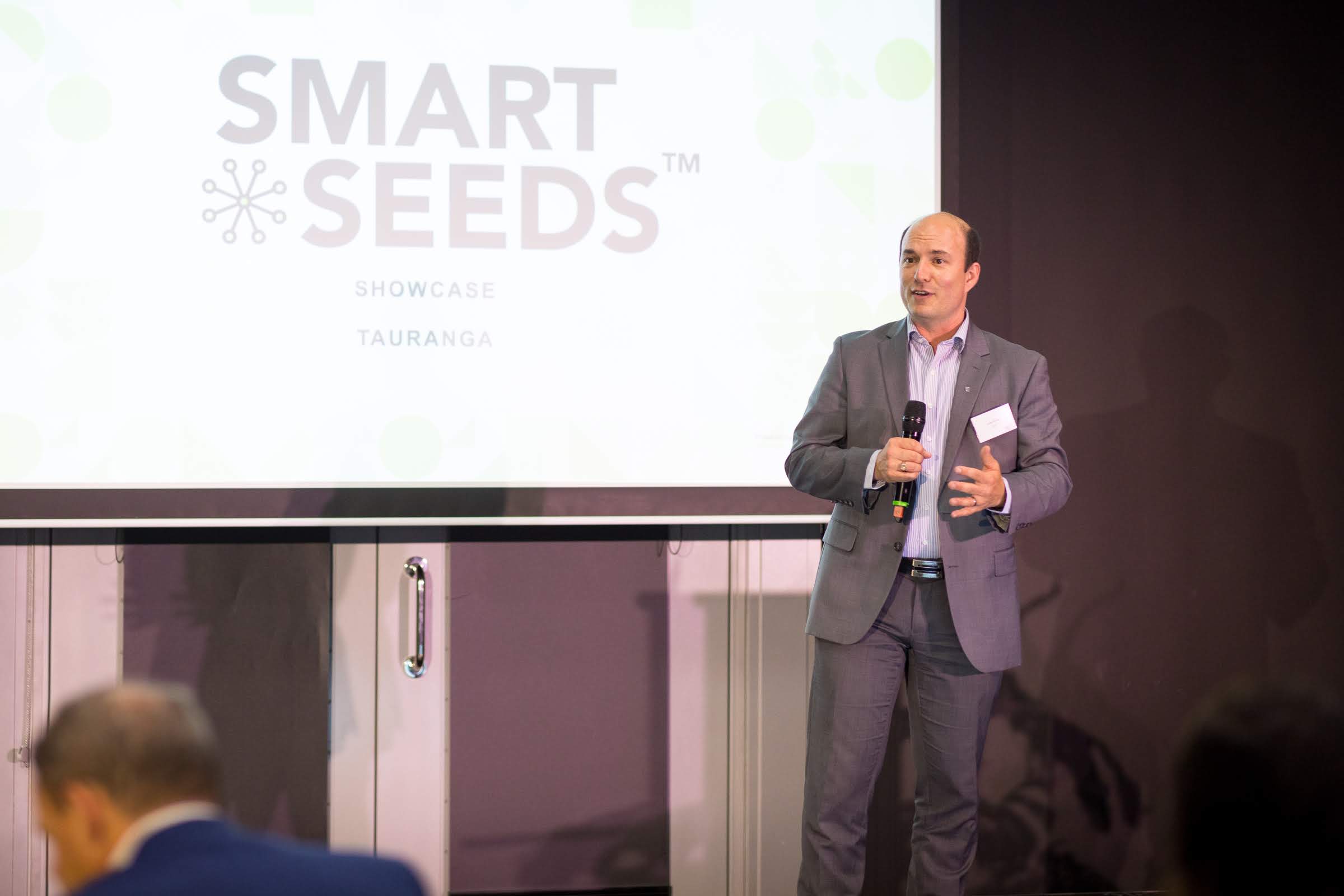 Luke Krieg at a Smart Seeds event in Tauranga

What is the Smart Seeds programme?

Smart Seeds is primarily a change agent programme. It allows partners of the programme to develop and empower emerging leaders within their organisations to improve their capability for leading positive change. The long-term outcome of the programme is that it will build a cohort of change agents in the regions where it operates.

How long has the programme been in existence?

Smart Seeds began as an internal development programme for GHD Australia in 2012. The following year external partners were invited to take part which helped develop the programme as it is now. We have been operating the Smart Seeds programme in New Zealand for the past five years. Smart Seeds is also run from our GHD offices in the UK and soon to be North America. Last year the programme was held in 13 cities around the globe. In New Zealand, it has been in Auckland, Tauranga, Wellington and Christchurch.

Who takes part in the Smart Seeds programme?

GHD powers Smart Seeds, but we believe the real value is in its multi-organisational nature. One of the outcomes of the programme is to help participants work more effectively with other organisations, and people with different experience and skills from their own. In Auckland, those external organisations include the Auckland Council family alongside private companies such as Downer, Vodafone, Fulton Hogan and Intergen. From GHD’s perspective, there is real value in inviting our partners to participate in this programme.

What is your involvement in the programme?

My involvement in Smart Seeds began in 2019 as a mentor for the Auckland programme. I took over the operation of the programme in New Zealand around nine months ago, starting with the showcase event in Tauranga, and kicking off the 2020 programme in Christchurch. It involves shaping and facilitating the hands-on workshops with partners and participants, covering topics like challenge prioritisation, design thinking, lean start-up, storytelling, and making a case for change. 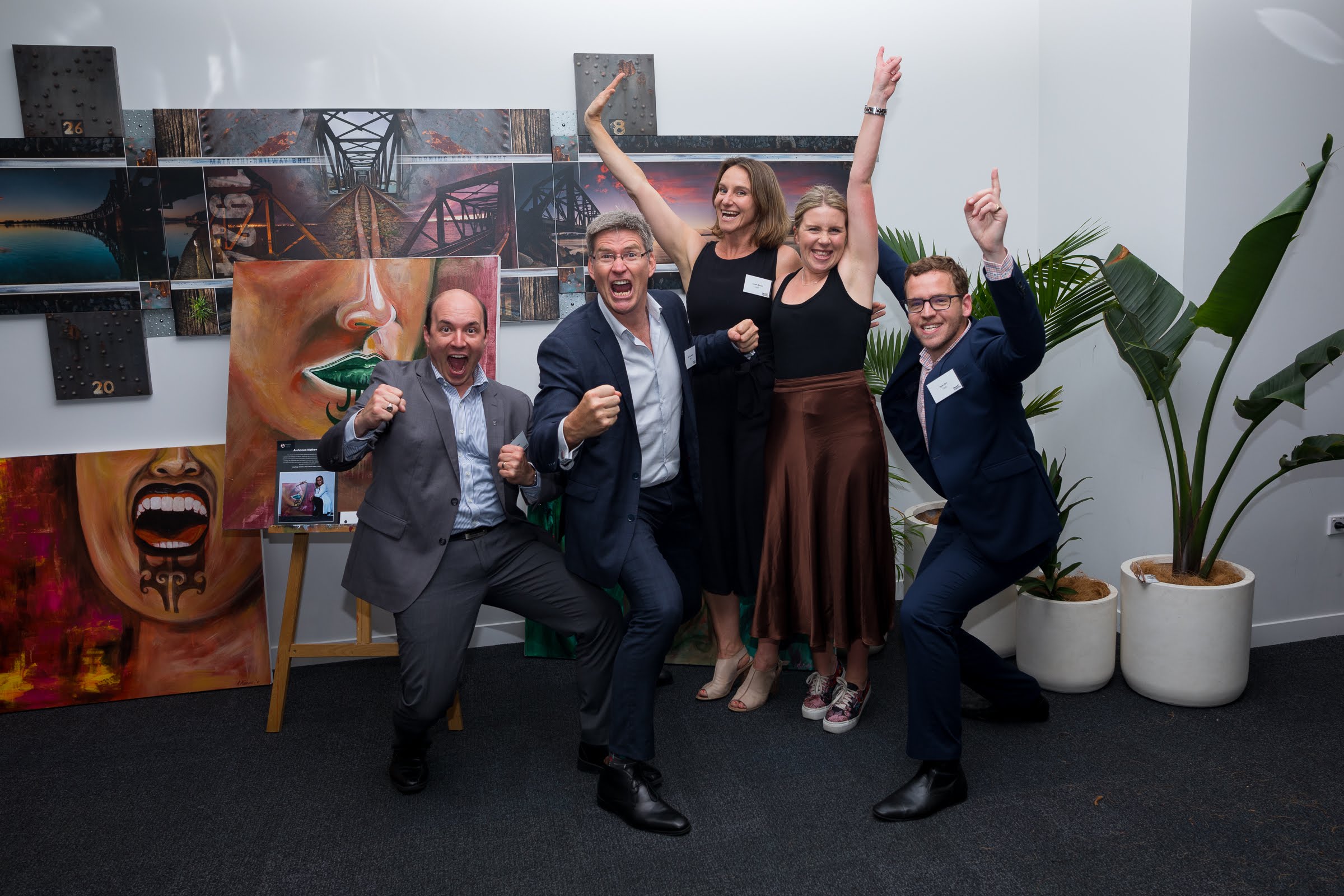 How does it work?

We invite senior leaders of our partner organisations to identify the most prominent challenges for the region.

These challenges are then presented to the talented emerging leaders participating in our programme at our launch event, where they have the opportunity to decide which challenge they would like to tackle during the ten weeks ahead. The teams then engage with stakeholders to improve their understanding of their challenge, come up with- and prototype their ideas-, test the value proposition of their solution, and eventually pitch the solution to our panel of judges.

In past years the challenges have included how we get more people using public transport, how we reduce construction waste and how to reduce the effects of social isolation. This year we have determined the challenge will focus on mitigating the impacts of climate change. Even though COVID-19 has disrupted the programme and features prominently in our regions’ priorities, climate change is still considered to be a critical long-term issue across the board. We feel that the response required from Governments around the world to the economic challenges caused by the COVID-19 pandemic can- and should be- directed at helping mitigate the consequences of climate change. Therefore, we have decided to stay with climate change as the theme for programme participants in New Zealand this year, with the specific challenge statements reflecting each region’s context and priorities.

How does Smart Seeds help to shape cities?

Not only does the city get some of their most pressing challenges looked at in an inter-disciplinary and cross-organisational way, but in my view, the way the most important way the programme shapes cities is through our cohort of connected participants. Our participants leave the programme after ten weeks, having formed a life-long bond with change agents from other organisations. They have also developed an understanding of the priority areas that exist for other organisations and have gained knowledge of the broader priorities and challenges of the city. They have also learned how to work together to solve cross-organisational challenges effectively, and I think that is the primary way the Smart Seeds programme helps to shape cities.

Can you give an example of a challenge that has been implemented from the programme?

There have been several solutions that have been implemented following the programmes, but there is one from Auckland that I would like to highlight. Auckland Transport’s (AT) slightly controversial Demand Responsive Transport trial in Devonport started as a Smart Seeds concept to address the challenge of public transport uptake. The problem for AT was that there is a reasonably good public transport system in operation, but the people of Devonport were still choosing to travel by car, which caused severe traffic congestion, particularly at peak times. The hypothesis for the Smart Seeds team was that if you provided better first-mile connectivity from a resident’s doorstep to a transport hub, you would get a better uptake of public transport options. This concept was tested by subsidising the cost of on-demand taxi services, including shared rides to the Devonport ferry terminal. It was pleasing to note that the subsidy did significantly move public transport uptake and left a legacy of sustained behaviour change. While Devonport’s demographic is not representative of wider Auckland, this trial gave AT the courage to test similar approaches in other areas of the city. A good summary of the project and its impact was published recently by AT CEO, Shane Ellison.

What do the participants get from the programme?

It depends on the participant. The industry is now at a point where design thinking is becoming a household term and is much better understood than when the programme began. Early on, demystifying design thinking and lean start-up was a big part of our value proposition. I think the one thing that is consistent across all participants is the value they get from relationship building with their peers and the connections they make with other organisations. They also talk about how they have gained an appreciation of the challenges that the city is facing, and how they have begun a personal growth journey through the use of the tools that are taught during the programme.

Connect with Luke Krieg on LinkedIn