What lays beneath Commercial Bay – with Chris Mackenzie

The new 39-storey Commercial Bay development in downtown Auckland opened to the public in June 2020. It includes a 39,000-square-metre office tower and 18,000 sqm of retail space. We caught up with Project Lead, Chris Mackenzie, Business Development Director for Holmes Consulting, to discuss the features of the mega-development. 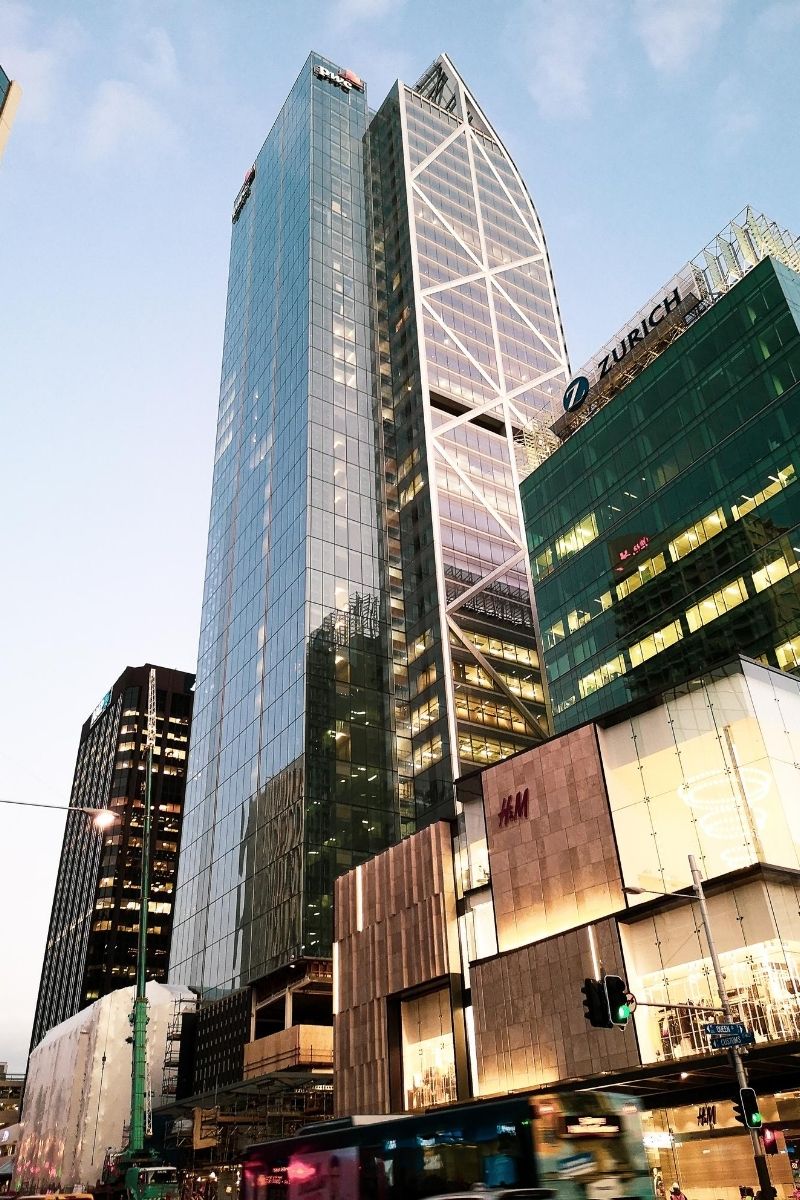 When did the planning for the Commercial Bay development begin?

Our client, Precinct Properties New Zealand (Precinct), acquired the site in 2012 and design work began in 2013. The aim was to create a landmark for downtown Auckland.

What was Holmes Consulting's role in the project?

We were the structural engineers on the project. As well as collaborating with the architect and building services consultant, we engaged a global specialist company as a sub-contractor for wind engineering and noise and vibration aspects (RWDI), and we also took on the challenge of engaging a sub-consultant (SGH) for the tanking for the basement. We also had interface and briefing roles with the geotechnical engineers.

What was your role in the project?

I was heavily involved in the project concept right from the very beginning. It included early concepts and then assembling a team and putting in the proposal when the feasibility scheme turned into a real project.

Obviously, with a project of this magnitude, an extensive team had to be assembled - we had around 100 of our people involved throughout the project. A colleague joined me in a Project Director role which allowed us to share the leadership of the project delivery. He looked after the significant retail part of the development, and I took responsibility for the remainder, including the tower, basements and City Rail Link (CRL). It did turn into a unique project, and while it involved just one large city block, it was effectively 10 projects in one.

During the design, we had to consider all the different buildings that were involved in the project. There were inherent challenges with the basement design and construction, and we had to incorporate the curved tunnels of the CRL that went through the site. Then there was the construction of the tower itself, as well as interfaces with two existing buildings and the three-level retail complex. The project became extremely complicated when you put each of those individual challenges right on top of each other. 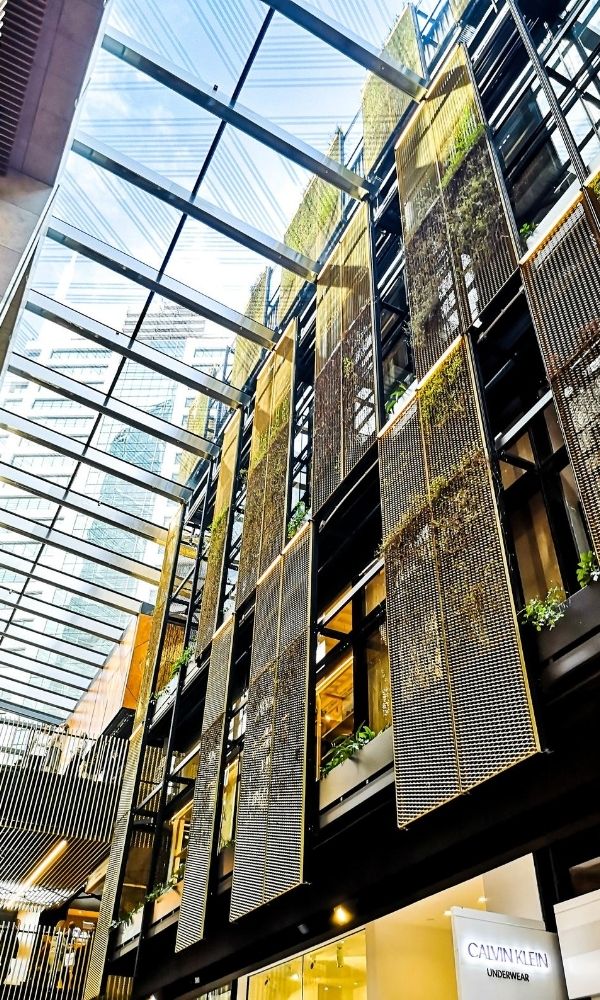 What were the challenges associated with constructing the basement for the building?

The main challenge when designing the basement came from the requirement that it needed to be stepped to accommodate the CRL tunnels. There are three levels on one side of the site and one level on the other. Then there were the curved CRL tunnels running through the middle of the site to consider. The alignment of the tunnels had been set before the design of the building, and we decided that the best way to proceed was to build them into a cavern-like structure within the development. It meant they could be completely isolated from the rest of the building. The ground conditions varied across the site with rock encountered at four meters depth at one corner and 10 meters at the other end. Most of the basement was constructed into better quality material. Still, the varying conditions did require us to develop a range of retaining solutions around the perimeter, and of course, there was water ingress to be considered as the bottom of the basement is well below sea level.

What were the major issues you faced with the project?

The major issues came from the complexity of the project as a whole. For example, while you can see the impressive 39-storey tower, what you don't see are the curved train tunnels that run underneath. Due to the location of the tunnels, some of the tower columns are unable to reach the ground. They have to do gymnastics to transfer across the top of the tunnels so that they don't upset the alignment. The columns were also unable to be supported by the tunnels as this would have risked vibration transmission. Integrating the tunnel alignments with the position of the tower and the basement ramp contributed to a very sophisticated design for the base portion of the tower. 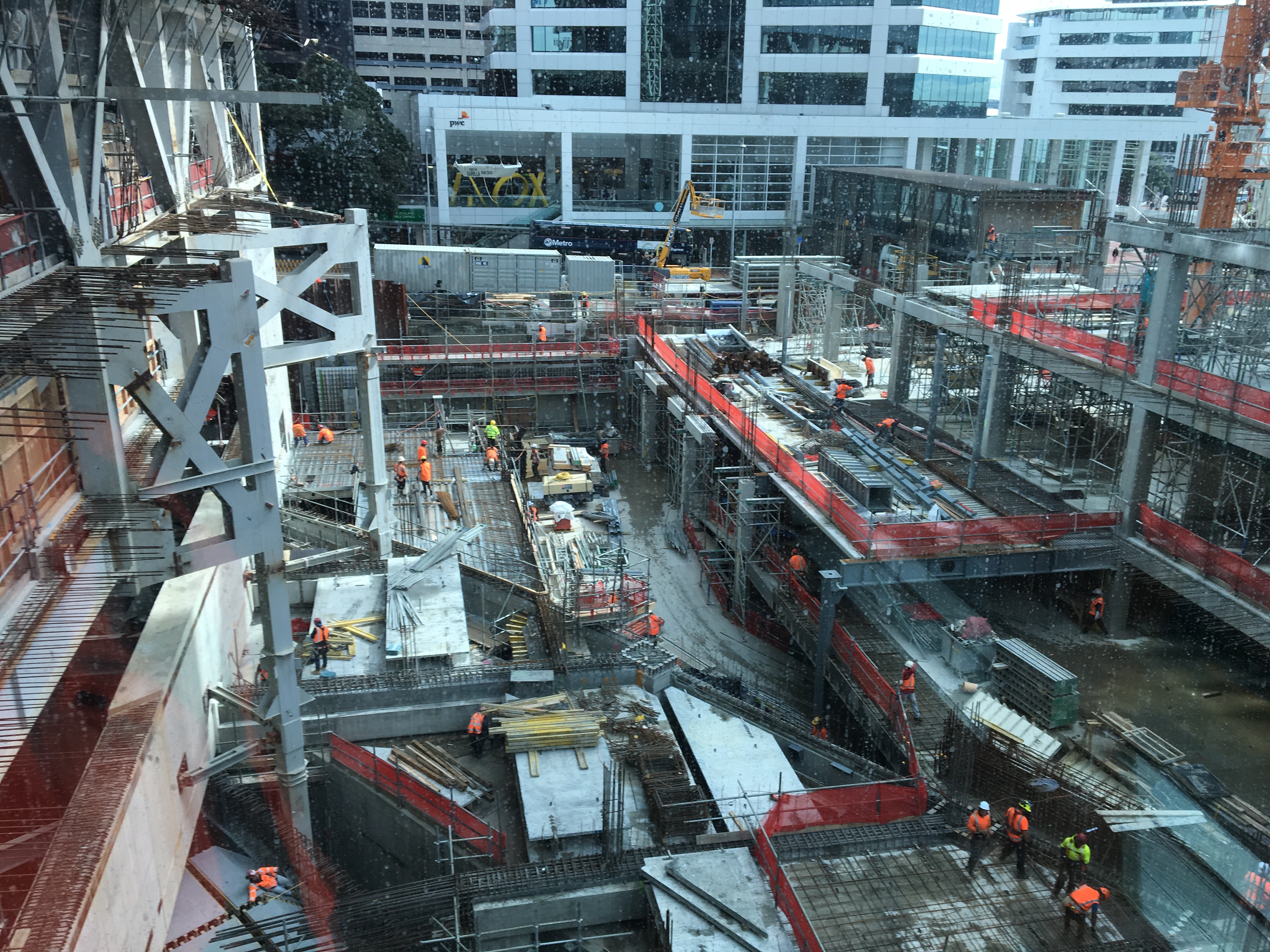 Under Commercial Bay during development

What are some of the features of the development?

The 39-storey tower itself is a crucial feature. The architectural north façade called the foil, rakes back and gives the tower its distinctive profile. It has given Commercial Bay a different look from many other towers which have flat tops. The architects were keen to explore the concept of "expressing the structure" which means the diagonal braces of the tower are exposed, rather than hidden behind the cladding.

Other features include the way the two existing buildings on adjacent sites (One Queen St on Quay Street and Jardine House on Queen Street) are incorporated into the development. The three-storey retail centre that links the whole development through at ground level is a significantly enhanced offering over what was a relatively modest retail area that was on the site previously. It includes some fantastic high-end retail shopping and some marvellous dining options that are found in large overseas cities like Melbourne or New York.

What level of sustainable design has gone into Commercial Bay?

The building has a five-star green rating. Precinct made the decision early on that having a 'green' building was a necessity.

The building has heat-recovery chillers and optimised cooling towers. All rooms are fitted with high efficiency LED lighting, and there is a significant amount of bike and scooter racks.

How is the building linked to the rest of the downtown area?

Melbourne's laneways were a big inspiration for the project. A series of laneways link nearby parts of the downtown area - there is the main central east-west laneway that runs from New Zealand Post through to Lower Albert Street, and "Little Queen Street" has been recreated parallel to Queen Street. The laneways establish a pedestrian-friendly environment with multiple points of entry to the building, and there are flying bridges across the east-west laneways that give users a sense of the levels above.

The location of the building offers rapid connection with public transport, including buses, trains and ferries. While the links to other parts of the downtown area are via laneways, they are covered which provides an excellent experience for commuters, shoppers and tourists.

What lays beneath Commercial Bay – with Chris Mackenzie