Is 2022 the year that we move past the pandemic? If so, which topics loom large on the political horizon, waiting to take its place?

We caught up with Clint Smith from Capital Government Relations, who shared his view of what’s in store this year from a political perspective – as well as the key policies ACE New Zealand members should keep an eye on.

In terms of politics, what should we expect in the months to come?

COVID-19 has dominated Labour’s second term but as we move beyond the pandemic, Jacinda Ardern’s Labour government will be trying to implement a number of far-reaching policies and reforms dealing with housing, climate change, work rights, the health system, water services, resource management, and others. 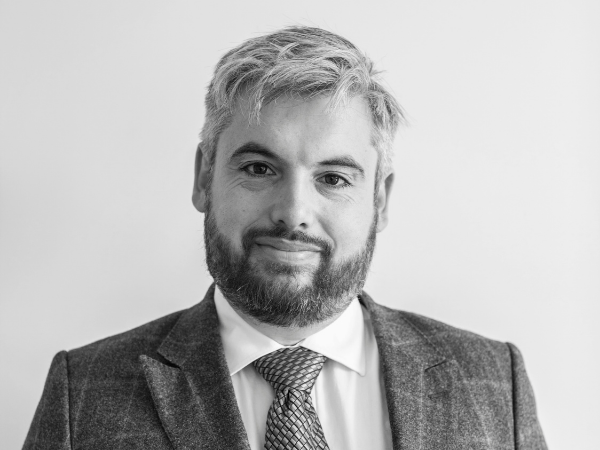 Meanwhile, National is re-establishing itself as a serious contender under new leader Chris Luxon in the lead up to the 2023 election. National has seized quickly on cost of living as a major issue, although Luxon’s tax package (indexing thresholds, repealing the 39% tax rate and restoring tax breaks for landlords) does little for those on low and middle incomes. Luxon’s contention is that Labour has failed to deliver on its big promises, apart from the successful COVID-19 elimination strategy. He is promising investment in public services, tax cuts, and lower government spending – and it will be a challenge for new National Finance spokesperson Nicola Willis to show how these promises add up.

Labour was caught flatfooted on the cost of living issue, having been focussed on COVID-19, but has reacted with a temporary cut to fuel excise and Road User Charges. We expect more to come from them as they seek to wrest the issue back from National. With polls showing Labour and National neck and neck, Labour knows they can’t ignore National anymore and need to tighten up their political management. This may see Labour focus more on hip pocket issues, as the election nears.

What do you see as the main policy issues in 2022 that could affect the professional services sector?

COVID-19 affects us all, and although we hope the pandemic is on the out, we expect the political discourse in 2022 to still be dominated by it. The combination of very high vaccination rates and public health measures was more successful than expected at containing the 2021 Delta outbreak and, to an extent, Omicron – but cases are still yet to peak in some parts of New Zealand.

As many ACE New Zealand members have experienced, the border closure has meant a tight labour market – making finding staff hard and pushing up wages. Border reopening has been accelerated and the government has announced the phase-out of domestic public health measures. COVID is not over, however, and the emergence of further variants seems inevitable.

The economy grew by 5.6% in 2021, the fastest annual growth rate since 2000. Unemployment is just 3.2%. This is driving increasing wages, with the average weekly wage up 6% in 2021. The strong economy is underpinning healthy government books, which are forecast to return to surplus in 2023.

At the same time, the highest sustained inflation in decades is being experienced at 5.9% in 2021. This is a combination of ‘cost-push’ – oil prices, rising shipping costs, supply constraints in construction due to record building – and ‘demand-pull’, households buying more due to higher incomes and very high employment, and government spending on infrastructure and housing.

In the year ahead, the question will be whether constrained labour and supplies limit continued GDP growth and fuel further inflation. Forecasters are expecting house prices to stabilise or fall, which could see demand-pull inflation ease and, perhaps, cool the rate of construction. The Government will be keen to promote continued record home building and use the Government Build Programme to lean against any slowdown. The Government’s infrastructure programme will continue to be a major driver of economic activity.

The post-COVID resumption of mass immigration will have a major effect on the economy, easing labour shortages but increasing the strain on housing and infrastructure. Rising interest rates will increase mortgage and business interest rates to levels not seen in five years.

Budget 2022 has been billed as the Climate Change Budget. ACE New Zealand members should pay particular note to the newly announced Climate Emergency Response Fund, which will be filled with $4.5b of revenues from the Emissions Trading Scheme over the next four years and will pay for a mix of operational spending and capital investment focussed on emissions reduction.

Also of note will be the Emissions Reduction Plan, which will set the course for the Government’s emissions reduction plans through to 2026, and will be released around the time of the Budget. There is a slew of government work programmes around decarbonising the economy, including the New Zealand Battery Project, biofuels, green hydrogen, and the National Policy Statement on Renewable Electricity Generation, which have been stalled by the pandemic that the Government will be looking to get back on track.

The Government has already announced record housing and infrastructure projects, including the National Land Transport Fund, New Zealand Upgrade Programme, the COVID recovery projects, the light rail project, and the Government Build Programme. Budget 2022 will likely add to this with infrastructure commitments and subsidies for private investment in decarbonisation through the Climate Emergency Response Fund.

Many of these projects have suffered delays due to capacity constraints both within the public sector and in private sector partners.

The water reform is a hot topic – Government plans to move management of reticulated drinking water, stormwater, and sewerage systems from local councils to regional bodies in response to a growing list of failures of water services. Proponents argue that councils have underinvested in water services for decades, leading to the current failures, and that smaller councils are simply unable to afford the infrastructure or procure the expertise to run their systems effectively.

Modelling commissioned by the government shows that ratepayers in all council areas will face reduced bills as a result of the amalgamation of assets into bodies with deeper pockets and greater expertise. Critics argue that this is an asset grab by central government from local government that will remove local voice, and larger, wealthier councils fear their ratepayers will be forced to pay for their poorer neighbours’ water infrastructure. Opponents have focussed on the plan for aspects of ‘co-governance’ of the water agencies between central government, local government, and iwi.

Legislation is expected to be passed this year to implement the Government’s changes. This also being a local government election year, the politics of the issue are not going away quickly. Minister Mahuta is determined for the Three Waters Reform to transcend party politics, and intends to solidify the reforms’ pillars in legislation to hold future governments to account and avoid losing progress made so far.

The Government’s replacement of the Resource Management Act with three new pieces of legislation is a mammoth task that will be challenging to execute well. The goal is to simplify planning law to make it easier to apply and comply with, while also implementing better environmental protections and placing climate change at the heart of planning rules.

The Natural and Built Environments Bill, covering land use and environmental regulation, has been through a special pre-legislative select committee process with the full bill due to be introduced and passed this year.

The Strategic Planning Act (to integrate with other legislation relevant to development, including long-term regional spatial strategies), and the Climate Change Adaptation Act (to address complex issues associated with managed retreat and funding and financing adaptation), are due to be introduced this year – although timelines may slip.

Political debate will be shaped by the details of the bills, which have not been revealed yet. National also has a policy to repeal and replace the Resource Management Act, so there is the possibility for bipartisan accord on these reforms, building on the parties’ recent co-development and passing of a Resource Management Act reform bill to relax density requirements.

Connect with Clint Smith on LinkedIn