Ellie Craft is a keen cyclist, which is fortunate as she designs cycleways for a living at MRCagney - amongst other things! We caught up with Ellie to find out which Auckland pathways spin her wheels (see what we did there) and what's new in urban road design. 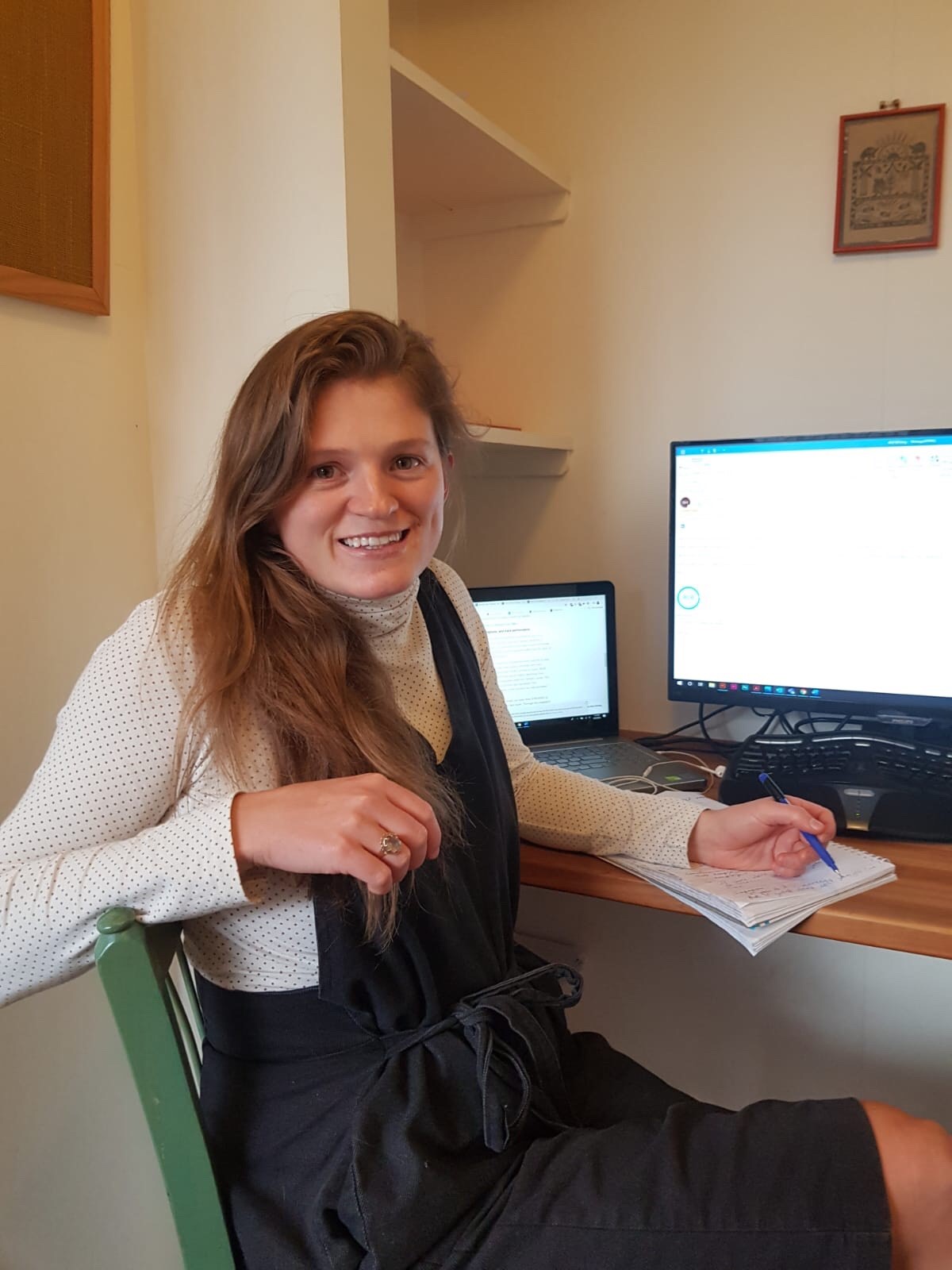 Ellie, what makes cycling enjoyable for you?

Cycling is fun. It's a fast and convenient way to commute. It takes me 19 minutes from St Heliers to the office in the Auckland city centre on my e-bike, and I can leave whenever I like without having to consider the amount of traffic. It's faster than a car in peak hour, particularly when you factor in finding a park! The light form of exercise I get from my e-bike leaves me energised but not too sweaty, and I appreciate the creative "me time" headspace I get. Without a metal box surrounding you, I find there is excellent social capital gained from biking around - you can talk to a fellow cyclist or a friend walking on the street.

Which pathways are your favourites in Auckland?

As a cycleway designer, my favourite paths are those that accommodate riders of all ages and abilities and adhere to sound cycle design principles (such as being direct, attractive, safe and coherent).

It's important to remember different people have different levels of safety concerns. I think if the users of the route are representative of the community in terms of age, gender and ability, you have probably designed a good cycle route.

My favourite Auckland cycle path is the North-Western. Mainly flat and physically separated from car traffic, the path connects a lot of crucial destinations and is aesthetically pleasing with planting to block the motorway sound and view. The fact that the path is currently being widened too due to popularity (including use by a large number of women and children) shows that it is a great route.

What are the significant challenges when you begin to design a cycleway?

The backlash you could receive from stakeholders and the public when designing best-practise cycle facilities is an issue.

Often stakeholders are not willing to compromise private vehicle capacity to improve cycle safety. On top of this, intersection models for traffic congestion before and after a re-design often do not consider the well-proven theory of traffic evaporation (the fact that people can change modes, time of travel, route or not take the car trip at all).

Walkers and cyclists are encouraged to share pathways, and of course, there are cycle paths on roads. What are the best ways to separate various users?

I once heard a quote that shared paths in an urban context is what countries which prioritise car movements do. Shared paths might make sense in a rural setting, where volumes of path users are low. If we want walking and cycling to be the prioritised modes in our urban environments, we should recognise and design for their different requirements. In an urban context, when speeds are above 10km/h (including a cyclist travelling faster than 10km/h), pedestrians need their own facilities. When speeds are above 30km/h on the carriageway, bikes also need their own facilities, away from cars

How safe are our pathways in general?

Our cycle designs get better every day. We have better guidelines than 50 years ago. We need to ensure that the mandate from decision-makers is that best-practise safe cycle designs are not too heavily compromised for traffic capacity.

When it comes to safety, I think it is super important to discuss systematic safety. In New Zealand, to qualify for a street re-design or a speed limit reduction, it often requires a road or intersection to be classified as a top 10% high-risk intersection or road based on previous crash data. This is reactive safety - waiting for the black spot to be identified. Reactive safety is particularly bad for active transport. A massive barrier to active transport is perceived safety, which means that a road might not qualify for upgrading improvements for pedestrians because there are no pedestrian deaths recorded due to the environment being so hostile in the first place (trips not taken). Furthermore, the black spot method does not work so well for active modes, when you consider that active mode counts aren't monitored extensively (unlike cars) and the fact many active mode crashes go unrecorded.

Systematic safety applied in The Netherlands, however, says we should proactively eliminate the opportunities that create high crash and injury risk. Under the systematic safety approach, there is a maximum safe speed for every type of conflict. The Netherlands is designing roads to separate transport users (so that disputes don't occur) or speeds are limited based on the conflict likely to occur. It seems that in The Netherlands, proactively designing for the safety of all users is prioritised over maintaining traffic capacity and high speeds.

Are there any innovations around for the design of pathways?

More innovative, but less realistic in New Zealand (until people expect to see cyclists) is the use of eye contact to make an intersection function over traffic signals. The replacement of traffic signals with the reliance on eye contact was made at the Alexanderplein intersection in Amsterdam. The intersection re-design was based on the philosophy that intersections which require the utmost attention from users (that do not allow for mind-wandering due to route familiarity) might just be the safest. Once the signals were removed, the flow improved and transport users were more attentive and made eye contact more frequently at the intersection.

The COVID-19 lockdown has removed an enormous amount of traffic from our roads. There is a school of thought that some streets could be repurposed for walkers and cyclists only. Is that realistic in New Zealand?

Temporary urbanism allows the public to experience what a street feels like without them resisting the thought that the design might be permanent. In a way, the lockdown has allowed people to see how streets could be repurposed.

Fewer cars on the road mean that people have started to think of their street as a 'home playground' for the kids or a place to host street parties with neighbours.

There are also a more diverse bunch of people using the cycleways. A friend of mine rode her bike for the first time in almost 15 years the other day because she felt safer with fewer cars around.

Currently, in New Zealand, most people drive their car for trips shorter than 5 kms. If we're going to change the way Kiwi's travel, we have to make walking and cycling safer and more time-competitive. In my opinion, reducing speeds and physically separating different modes of transport (cars, bikes, walking) is part of the solution. COVID-19 has highlighted the fact that with fewer cars on the road, many of our streets in urban areas could be made more inviting to walk and cycle on.

There are many ways you can reduce car volumes once we're out of lockdown. Re-routing traffic to make a route less desirable to travel on is one option.

Do you feel safe cycling the streets of Auckland?

I grew up pretty fearless and reckless because my hometown of Gisborne was on a coastal logging route.

But everyone has different tolerances to safety. Research in Auckland shows that safety concerns are a significant barrier to cycling. If we can decrease the number of cars, slow the speed down on some streets and create separate cycleways, we can overcome safety concerns.

I think there are two indicators of whether Auckland streets feel safe to cycle on - one is comparing census data to the diversity of participation using active modes and two the percentage of short length trips taken by active modes.