Litigation when dealing with Australian consultants and engineers - with Kiri Parr

Construction lawyer Kiri Parr knows litigation plays a significant part in Australia's engineering sector. As immediate past president of Consult Australia (the Australian version of ACE) and ex-Regional Legal Counsel of Arup Australasia, Kiri shares her insights on what we should know here in Aotearoa when dealing with companies from across the Tasman. 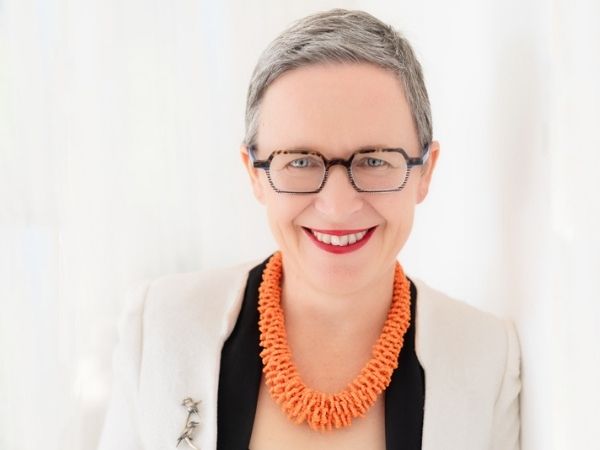 Kiri, how widespread is litigation in the Australian construction industry?

We work in an incredibly competitive market, and companies compete with each other aggressively to win contracts. Claims and litigation play a key role, especially in how tier-one contractors operate on major projects where the risks of projects going over budget and over time are so high.

Companies know that they can win major contracts by bidding low, and Governments take advantage of that.

One of the results of this cycle is that we have a very claim-oriented approach to managing commercial risks on projects. It drives complex contract negotiations with contracts used to transfer risk and improve claim outcomes.

One of the other significant differences between Australia and New Zealand is that you have only two government layers while Australia has three with its local, state and federal systems. It means the negotiating power of the government bodies in Australia is not exercised in the same way as in New Zealand.

Is litigation rife across all levels of projects?

On large projects, major claims are common and often played out in the public arena. We have seen ground conditions, in particular, emerge as a source of claims, especially on our tunnel and road projects.

There isn't as much litigation on small to mid-size projects because litigation costs are so high. However, there are still a significant number of disputes that are privately resolved between the parties.

The Australian market is also facing similar issues to New Zealand with materials and structural design issues across the buildings market.

That said, we also have a positive conversation emerging in the market, which is seriously questioning how the market operates and what outcomes it is delivering. It's good to see, although it's going to take time to achieve meaningful change.

Does the low bid model create a race to the bottom?

Problems start when bidders come in with a price that is so low that they have to run a claims strategy to recover the project's costs. We don't seem to be willing to rule out bids that we know are too low.

In my mind, the phrase "Value for Money" is not the same as the lowest bid, and we need to rethink this concept to avoid this race to the bottom.

The adoption of reference class forecasting that is using past projects costs as an indicator of the likely project cost is one other technique that could be used to build realistic expectations of project costs and to rule out unrealistic bids.

There have also been many global entrants into the Australian market over the last decade attracted by the large pipeline of mega-projects in the market. It has kept competition high as these entrants strive to capture market share.

Of course, what doesn't make sense is that despite the number of billion-dollar-plus projects around, the construction companies are struggling to make a reasonable profit.

What practices should we be aware of when dealing with an Australian contractor?

You need to be a savvy contract negotiator. The contracts negotiated are complex and designed to improve the contractor's ability to make claims and to limit defences. You must know the contract and operate on the assumption that it will be used against you in the event the project becomes distressed.

In Australia, the people who you negotiate the contract with won't be there when the dispute arises. So, you really can't rely on what somebody tells you during the bid negotiation; what is written in the contract will be relied on and proactively used.

Where does trust enter the bid process?

The message here is to take extra care if you have historically relied predominantly on trusted relationships to resolve commercial issues on projects.

One of the consequences of Australia's litigious approach is that claims consultants will be working behind the scenes on projects from the very outset to drive commercial outcomes, including using claims. Engineering firms, in turn, have to build their commercial muscles.

If you build a commercial strategy that follows the contractual processes and runs tightly, you will be in a much stronger position if a claim emerges.

What can you do to protect yourself during contract negotiations?

When you're told that 'everybody signs this contract and its market normal' - don't believe them. The contract that you're presented with may not be standard or reasonable.

Every year in Australia, professional services contracts gets slightly worse. It's like a piece of salami - there's always another little slice that comes off.

The contract terms here have gradually become more aggressive and one-sided, and returning them to a more reasonable point now feels like such an enormous jump. Companies have become habituated to this style of contract and accept that litigation is part of the construction landscape.

I would also encourage you to think carefully about your tender designs as we have an emerging trend of claims that relate to design growth from tender to IFC. Managing this risk requires careful contract negotiation, good record keeping and proactive design management. It can be a hard task to retrospectively explain the tender design and the reasons for change between tender and detailed design.

What practical steps can NZ businesses take to avoid being burned during contract negotiations?

The bottom line is you can't avoid administering the contract and being commercially savvy.

You have teamed with Consult Australia to deliver a course on managing contracts.

Yes, it was a big piece of work we developed in 2020 and is focused on upskilling engineers to manage their projects for claims and disputes risks. The online course is aimed at engineers and commercial managers who want to build on their commercial skillset. The course is based around a hypothetical scenario and is very interactive and practical.

The course will help engineers deal with commercially focused large contractors. Contractors are focused commercial operators, and they know how to run claims better than engineering companies who tend to be more project and technically orientated.

This course will help fill a gap in the engineers' tool kit and lift engineering companies' commercial skills.

Sign up for Managing projects for disputes and claims

Litigation when dealing with Australian consultants and engineers - with Kiri Parr