Design our cities for all with Emma McInnes 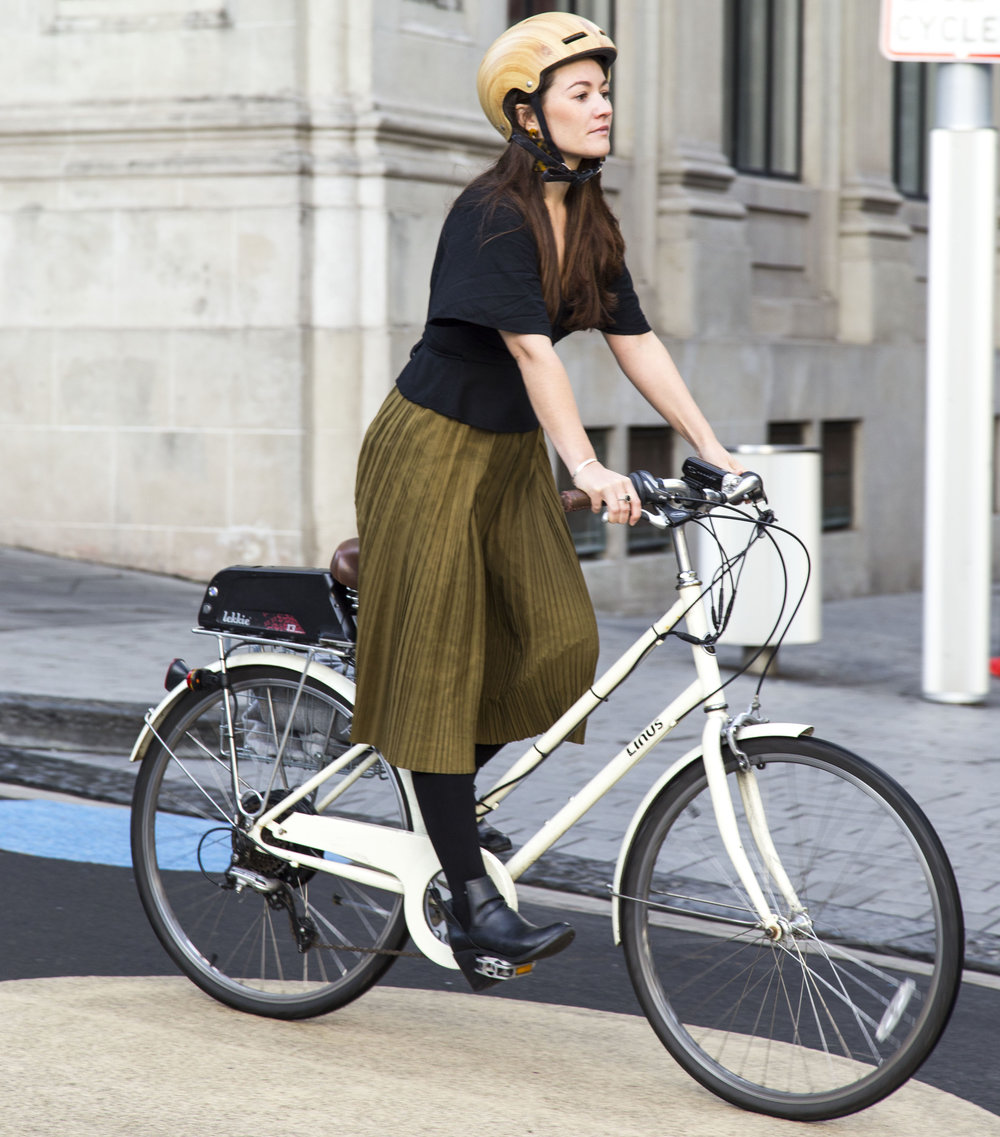 Emma, I recently read where “cities have historically been predominantly designed by and for men”. Why has that come about?

That comes from a history where men have generally been in charge, and women were confined to a domestic role which prevented them from contributing significantly to the public realm. Back in the days of the Greek philosophers, Aristotle and Plato, there was a polis where people were invited to discuss local issues and politics. It enabled civic engagement at a level that we don’t see today, but if you were a slave or a woman, you were not allowed to take part. Men have been designing our cities and towns for a long time and in a way that often doesn’t meet the needs of women.

Are cities and towns still being designed in the same way?

These days women do contribute to the design of a city, but the number of women involved in the engineering and architecture professions is still low. In planning, the numbers are a little more even, but there are currently fewer women in management positions. Those statistics suggest that men still have a significant influence on the design of our built environment.

It’s not just the design of our cities that has suffered due to a gender imbalance. For many years airbags in cars were designed around the average male physique, which was a significant disadvantage to women, especially pregnant women. In an accident, the airbag was less likely to keep a pregnant woman safe from injury than the average male.

Another example of gender design imbalance is an iPhone. It is designed for a man’s hand and is too large for the average woman’s hand. I don’t want to blame men as I don’t believe that they have consciously made these design decisions. However, for women, there is hope, as thankfully, there are some signs of change. We need to see a higher number of women at all levels of our urban industries which will facilitate a faster rate of change.

How could the design of our city’s change so that they become more inclusive?

Our street design currently focusses on the car first and places people last. One of the most natural things we could do is reverse that thinking. As a general rule, men drive more than women, but women walk more, so its women who are the higher users of our pedestrian facilities. There must be a change of thinking so that a pedestrian-friendly environment would be created first, and then we could consider how to integrate vehicles into the remaining area. This change of thinking would enable women equitable access to our cities infrastructure.

Are there any other barriers for women in our urban areas?

There are still barriers to women entering the housing market. Women don’t have the same income advantage as men which results in more men being on the property ladder. Public transport is another area that requires improvement. In Aotearoa, women are the more significant users of public transport, but buses and trains don’t always operate during the hours and on routes that are required by women. We don’t always require the 9-5 commute and often need to take trips across the city rather than into the CBD and out again.

Is our cycling infrastructure up to scratch for women?

Women cycle less than men in Aotearoa, whereas in cities like Amsterdam and Copenhagen, which have phenomenal cycling infrastructure that statistic is reversed. At Women in Urbanism Aotearoa, we have conducted several surveys on cycling. The figures show that women would like to cycle more, but don’t because the infrastructure is poor and they feel unsafe. There is plenty of information around on what transport modes women prefer; we have to take that information into account when we are designing our city infrastructure.

You were a founder of Women in Urbanism in 2017. When you look back over the two years or so, has the organisation achieved its goals?

When we started Women in Urbanism, our primary goal was to bring Eva Kail, the CEO of Vienna to New Zealand. She is the driver of a massive gender mainstreaming programme in Vienna which focusses on the planning and architecture of the city. All the pieces of the puzzle were in place to bring her to New Zealand when the COVID-19 crisis came along, and we had to cancel the flights, which was extremely disappointing. Our involvement in a wide range of events includes inviting 2012 London Olympics BMX silver medalist Sarah Walker to help reclaim pump tracks for girls. All around the country pump tracks have become the domain of boys, but Sarah helped us overwhelm the Grey Lynn pump track with girls. Hopefully, that event has encouraged more girls to use the pump tracks of the country.

We have also run seminars that help women understand local politics. The seminars have increased the number of women who have put their names on the ballot papers at council elections. One of our most important initiatives was to open the conversation on how we design our cities, not just for the protection of women but with an eye to the safety of all people. The conversation has been around how we can encourage more significant community intervention when women report being harassed in public places. Women in Urbanism Aotearoa has developed a massive database of members in a short time, but there is just a small group driving the agenda. Despite the promotional work falling on the shoulders of a few people, we are delighted at our level of achievement since 2017.

Has the public taken the organisation to heart?

The Minister for Women Julie Anne Genter regularly touches base with us and has headlined some of our events. I feel we have placed the organisation on the agenda of many people around the country and people now come to us if they require advice on women’s issues. I think Women in Urbanism Aotearoa continues to build and at the moment is like a big wave that just keeps tumbling.

What is the organisation’s five-year goal?

It would be nice to think that we could have gender mainstream policies in place for councils within five years. We would like to build a Women in Urbanism audit into council design systems which would ensure that gender-sensitive language is included in project specifications. The audit would also make sure that data on women and the impact on people with disabilities are integrated into project development. Gathering project data on women has never been more critical, and we must make sure that the data is not ignored in the final design of our city infrastructure.

Connect with Emma on LinkedIn

Design our cities for all with Emma McInnes