The ACE New Zealand Emerging Leader Award, sponsored by Tonkin + Taylor, recognises individuals who have a passion for leadership in the consulting sector, show a commitment to developing themselves, and demonstrate exceptional leadership qualities in their work and in their communities.

As the deadline for this year’s Emerging Leader Award approaches, we talk to previous winner Simon Fenton about the impact of taking out the top prize. 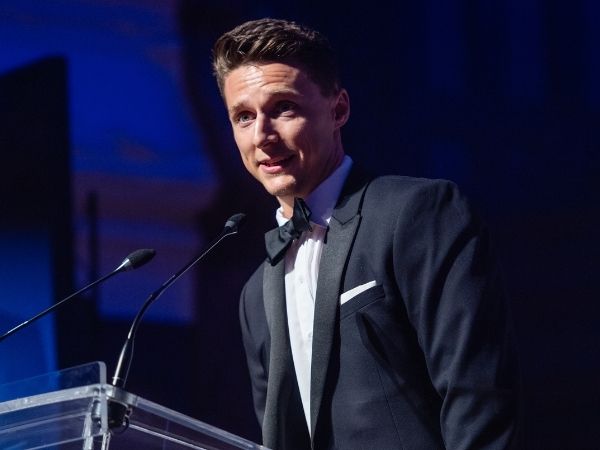 Looking back, what did it mean to win the ACE Emerging Leader award?

It put a big smile on my face. It’s easy to get lost in a big business. Winning an award like this not only makes you feel recognised by the business – it’s also a chance to reflect on what you’ve achieved so far in your career, and to give yourself a pat on the back.

Anyone who quickly rises through the ranks is continually called on to punch above their weight, and it's possible to develop imposter syndrome. People regularly put you forward for new challenges and you willingly take them on, but you are constantly learning and never feel ‘established’ in your role. There have been times when I experienced that imposter syndrome which led me to question the value I was adding in these roles.

Winning the Emerging Leader Award gave me a big confidence boost and going through the application process helped me realise how I had progressed within my career. It also meant recognition of my skills outside of WSP – being recognised by an industry association like ACE New Zealand was fantastic.

How has your career progressed since then?

When I won the Emerging Leader Award, I was Project Delivery Service Line Leader for an experienced team of 40 to 50 project, design and contract managers across WSP’s four main national offices.

Do you still make use of your leadership skills in your new role?

Absolutely. The ability to get people working collaboratively is one of the most important skills when you’re working in an alliance. It’s all about taking a best-for-projects approach in the decisions you make. So, getting people from different professional backgrounds – who might be focused on the best outcome for their contract – to work for a common goal requires creating a collaborative environment. I’ve worked hard to achieve exactly this on the City Rail Link project and I was grateful to be recognised for my contribution by WSP in the recent Guiding Principles Awards.

How have you found being on the ACE New Zealand board?

I’ve really enjoyed being exposed to the Diversity Agenda – and the work it does for the much-needed promotion of women and other underrepresented groups in engineering. Beyond my personal involvement, I’ve also been able to involve WSP in some of ACE New Zealand's projects, including review of the NZ S3910 and the Waka Kotahi cost fluctuation index.

It’s also been fantastic to rub shoulders with some highly skilled leaders and CEOs, the exposure to a board environment was a first for me. Glen Cornelius (ACE New Zealand board member and CEO of Harrison Grierson) took me under his wing and gave me a couple of sessions on how boards work.

What have you learned from great leaders you’ve worked with?

I’ve learned positive and negative things from leaders I’ve worked with and they’re equally important. Knowing what you don’t want to do as a leader is as important as knowing how you want to lead.

I’ve learnt that pushing people beyond their limits in terms of workload is not good leadership. Having a good work/life balance is so important. It not only makes people happy, it enables them to perform better. It’s simple: burn people out, and they end up leaving halfway through a project, which affects continuity of knowledge and impacts project and business performance.

Compassion is a word that’s thrown around a lot these days, but it’s so important. You need to understand your people – their circumstances, drivers, struggles. It’s so important to really understand your people on a personal level, to be able to get the best out of them and support them. So, that’s one of my fundamental approaches to leadership – knowing the people around me.

What advice would you give to people considering entering the Emerging Leader Award in 2022?

Do it! It’s a great way to highlight your performance as a leader, not only to others but to yourself.

During the application process, you get to stand back and reflect on your achievements to date. For me that was quite a profound experience. When I was first told I was being put forward, I started off by questioning “why me?” But then – as part of the application process – I started compiling a post-it wall of my achievements, as well as speaking to leaders I had worked with in the past.

As the wall of notes grew, I realised I had achieved far more than I ever gave myself credit for. In engineering, it feels like you are only ever focused on the project in front of you. This gave me a chance to look back and reflect. Whether you win or not, I recommend applying for the Emerging Leader Award, just to go through this process. I enjoyed it as much as winning the award.

If you are fortunate enough to end up a finalist or winner, it’s a fantastic way to build your personal brand and stand out from the crowd. And of course, gain the experience of working with a group of highly skilled leaders on the ACE New Zealand board.

The ACE New Zealand Emerging Leader Award, sponsored by Tonkin + Taylor, is open to leaders under the age of 35, who have exceptional leadership abilities and work for an ACE New Zealand member firm.

Entries for the Emerging Leader Award close on Friday 20 May. Find out more and apply now.