When Ida Dowling was elected President of ACE New Zealand, she became the first woman to hold the position. We caught up with her to find out what makes her tick and get her thoughts on being a woman in the engineering and consulting industry. 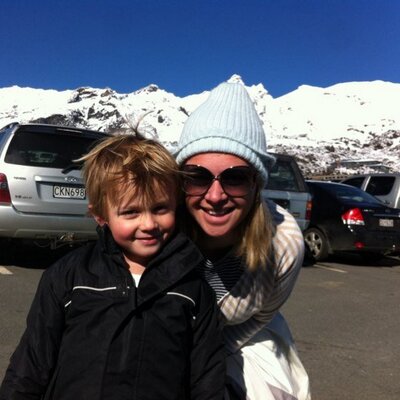 Ida and son Liam at the snow

Ida, where did you start your working life?

When I graduated from university, I began work with BECA. I was lucky to have a strong female manager, which was quite rare at that time. She gave me great insight into how my career could develop. She was very focused on the importance of building relationships and encouraged me to develop my brand, which allowed me to differentiate myself from others.

What was the gender balance like when you joined the sector?

At university, there were no more than 20 women, which was only 10-15 per cent of the students in the class. That balance has improved over time but not hugely. When I started as a graduate, there were very few women in the industry but having a female manager with a strong career focus provided me with a way forward as a woman in engineering.

Why do you think a gender imbalance still exists in engineering?

I think it goes back to something I heard a teacher say while I was on the Board of Trustees at my boys’ school. She had noticed test data showed that from the age of seven or eight, girls math performance drops noticeably, despite being equally good if not better than boys previously. Her view was that around this time, social influences become stronger and girls start to build a world view that being kind, friendly and popular is better than being smart, especially with things like math and science. It means they tend to focus more on social subjects and languages so that by the time they are starting to consider careers towards the end of secondary school, math and science pathways are not open to them.

It certainly was the case when I was younger. People were always surprised that I was interested in math and science. I had hoped that would’ve changed over the years, but I think there is still a societal expectation that once a girl gets to high school, engineering is not a pathway that many will choose.

How do you balance your work and home life?

It is very important to me that I find time to spend with my boys outside of working at Commute. I like to pick them up from school at least some days of the week, be available for my Board of Trustees duties and attend sports and other events at the school. My husband runs his own business and can work flexible hours, which means we can share family responsibilities. We take it in turns to start work early or stay later in the evening, which has been fantastic for our family life. I think there is still a perception that looking after children is automatically the domain of women when I feel most employers would be happy for men to work more flexibly too. I continue to be surprised that many of the women that I have worked with still do the bulk of the child-care duties while also trying to juggle their careers. Most engineering businesses have good policies around the flexibility of working hours which allows staff to attend to the needs of the family.

What do you think will come from the COVID-19 lockdown as far as family duties are concerned?

I think there will be some exciting developments as many families have had both parents working from home over the past few months. Many people are finding that it is possible to work from home and have discovered that the world doesn’t collapse just because you are not sitting at your office desk 24/7. The COVID-19 lockdown has been the perfect opportunity for people to change the way they work and develop a much better work-life balance.

How daunting was it when you began your first engineering job?

It is a very different paradigm when you come from university into your first office job. I guess you think you are pretty special when you leave university, but very quickly you realise that you are at the bottom of the heap and there is a mountain to climb. I often think males do better than females early on in their careers as they seem more prepared to take a bit of a leap of faith and put their hand up for a role or project that is outside their comfort zone. Girls, on the other hand, are often a little reluctant to put their hand up unless they believe that they are 100 per cent capable of doing the job. When I think back to my early days in engineering, I probably should have pushed a bit more to secure more senior roles on projects. I think that would have allowed me to progress more quickly with my career.

What are you most proud of in your career?

I think just being able to balance everything that is going on in my life. I am proud of being a leader where I can help make a difference for others. I have mentored quite a few women during my career, and I am thrilled to see them taking steps and moving forward in their careers. Many of them have made moves that they might not have attempted without a little bit of encouragement.

What advice would you give to a woman who was thinking about taking on engineering as a career?

Engineering is a fascinating industry to be involved in, so I say if you are interested, go for it. I have found that people within the industry are very willing to provide guidance and support to anyone who is considering embarking on an engineering career. Be prepared to jump out of your comfort zone as you may be surprised at the rewards that are available. The main barrier to a career in engineering is merely taking that first step.

I enjoy spending time with my family, we love skiing and also love to travel around New Zealand and overseas, in between all the various school sports activities that take up a huge amount of weekend time! We got a new puppy at the end of last year and have spent a lot of time finding new and exciting walking paths around the city.

Talk us through your commute to work each day?

I drive, which is probably quite controversial for a transport planner! However, trying to squeeze school pick-ups and drop-offs with a 40-hour working week means that time is super precious to me, and it's hard to find an additional hour for travel each day. Saying that I have enjoyed cycling around the city during the recent lockdown, especially with so many fewer cars on the road, and I might try cycling to work a bit more often.