Gender and ethnic pay gaps are indicators of inequity in the workplace, and while 20 October 2022 marks the 50th anniversary of the Equal Pay Act 1972, it’s clear these gaps still exist in Aotearoa.

Recent research showed that the gender and ethnic pay gap amounted to $18 billion annually in total, or 11% of wages and salaries in New Zealand.

We spoke with Jo Cribb, Co-founder of pay equity organisation, MindTheGap, which launched New Zealand’s first public pay gap registry in March 2022, about the causes of pay gaps, what steps organisations can take to address them, and the role public reporting and transparency can play in helping to close them.

Jo explains how reporting pay gaps shouldn’t be viewed as another onerous task for already over stretched businesses. Instead, it can help you understand your business better, strengthen your brand, and in a tough labour market, both attract and retain staff. 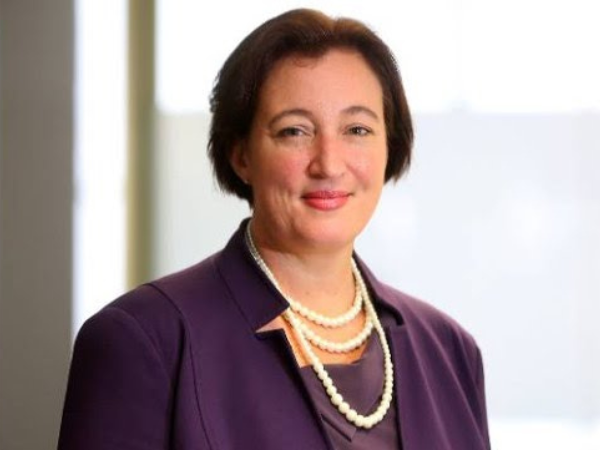 In 2022 are gender and ethnic pay gaps still an issue in Aotearoa?

Yes, unfortunately they are, in fact, the gender pay gap in New Zealand went up this year. Globally, gender pay gaps are getting bigger as well. There are a number of reasons for this. Through COVID-19, there was a definite gendered trend towards women losing their jobs. There has since been bounce back, but not necessarily in the hours and conditions. Also, some of the areas where our economy is booming are traditionally more male orientated, like the construction industry.

What are the causes of gender and ethnic pay gaps?

Some very interesting research has been done in New Zealand over the last couple of years, where researchers have held constant the personal characteristics of workers, such as their education attainment, the type of industry they work in and the type of job they do, and still can't account for upwards of about 80% of the gap. Which means it is decisions organisations are making, not qualifications, the job, or the value that is causing the gap. We don't like to say it but it's unconscious bias or discrimination, or processes and patterns that are happening in our workplaces that create it.

We often used to say women will get paid less because they're less qualified or they are in less important roles. Whereas actually at the moment women are more qualified than men, and in ‘like for like’ roles, including leadership and they are still getting paid less.

There is less data collected about ethnic pay gaps but there are clear, and large gaps for Māori and Pacific workers.  This might be very really uncomfortable to talk about because this is discrimination based on skin colour. Ethnic Pay gaps patterns might arise based on who are promoted to team leaders, managers and leaders, and who are not. It is very uncomfortable because it’s hard to account for when you look at who is on your front line.

That's where we're at now.  These gaps are real, they're empirical, they’re evidence based, and they're uncomfortable. Everyone wants to be good employer, we like being fair, but the chances are we're not.

Why is it so important to have equal pay and pay equity?

There are multiple reasons. However, I think that it's simply the right thing to do. How could you justify not having pay equity? There are other factors as well, particularly with more businesses choosing to publish their gender and ethnic pay gaps. The New Zealand Government is interested in this and internationally there are countries, such as Australia and the United Kingdom, where businesses have to declare pay gaps. For example, the United Kingdom has had a regime for about 10 years and prospective employees will look at pay gaps and ask if this is an employer who treats their workers fairly? Even if they've got pay gaps, which all organisations will have, are they trending downwards and have they got a plan to address them becomes a really important part of demonstrating you're a good employer.  And in such a tight labour market, sending these signals to prospective employees is incredibly important.

Also, consumers are making spending decisions based on pay gap data reporting. Women are also more likely to apply for jobs with companies with lower pay gaps. So, I think it's an important signal that gives employers an added advantage in terms of their brand. Pay gap reporting has a much wider impact on your company.

What role does pay transparency and public reporting play in tackling the pay gaps?

The only way you can really tackle your pay gaps is to know and understand them. So, what pay gap transparency does is ensure that all business leaders know. There's an awful lot of things happening in business right now and it's a very busy time. But we would argue that getting this bit right is absolutely critical to future business success and being a fair and good employer. If every business addressed their gaps, even by one or two percent, think what they would do to help the National Gap, but also how many workers that would impact and how much difference that would make.

With the voluntary registry we launched in March 2022, we’ve given an opportunity for businesses to show leadership themselves and to absolutely celebrate it.  There are nearly 75 businesses in New Zealand that have registered with the MindTheGap registry and some of them have got really large gaps, but they've been honest about them, so there’s transparency. They have gone back to their staff and said, you know, we've got a really large gap, but this is what we're doing about it and rather than having people up in arms, they've been celebrated. It's bought engagement because there's an honesty and an openness to lean into it, which is good leadership.

We recently delivered a petition of nearly 8,559 signatures to Parliament calling on the Government to legislate mandatory reporting of gender and ethnic pay gaps for all businesses with 50 or more employees. We also did a poll of New Zealanders and 75% said they would expect businesses to be up front with their pay gaps. It’s clear this is something the public want, and I think business leaders should look at that popularity.

International evidence shows that when we know what the pay gaps are, we can work on addressing them. The public sector is subject to mandatory pay gap reporting and over the last two or three years, their pay gap has dropped, particularly the gender pay gap. Publishing it puts a focus on it – this will work!

Where can businesses start?

It can seem a bit daunting, so the first thing I would say is understand your pay gaps, break it down and look for trends because you will find them.  This will then start all sorts of conversations and it will just naturally unfold. There will be patterns and maybe it's individuals, systems, divisions, or types of workers. But you’ll also start to see issues around who you're retaining and you’ll get a whole lot of insights that will actually help the business. So, we would say you really need to dig into the numbers.

There are a lot of resources around to help you and most organisations have HR Management Systems, so it will generate the data for you. If you're a smaller organisation, and many of our organisations are under 10, when you look at the pay ask yourself, can you justify it, is it equitable?

What businesses might not have is ethnic data, so a lot are now collecting that when people are hired, but some don't, so they might need to tidy up of your HR and recruitment. And who doesn't want to understand who their workforce is anyway? Then look at your trends and what's caused them. That will give you a really clear indication about where you need to put your effort.

Other areas where pay gaps happen is where there’s some sort of bias around promotion and so you often get certain groups being promoted over others, so you've got to ask - are we really using all our talent? Others are caused where businesses don't retain, particularly woman, after a certain age. The businesses that have really leaned into it have found it incredibly powerful in terms of intimately understanding their business and the cost of getting it wrong.

If you were to challenge our industry to do one thing differently, what would it be?

Go and look at your pay gaps. As much as you are all amazing human beings and I know it's a really uncomfortable thing but do not assume you've been fair. And just lean into it and take it from there.

We don’t want to believe that we may be biased and discriminatory because no one sets out to do that, but things occur in an organisation which mean that it might be happening. So go and have a good look and be brave!

There are a whole raft of resources on the MindTheGap website, including case studies from leaders across different industries sharing their experiences. So hopefully we've made it easier for businesses to step through. We’re here to help!

Connect with Jo Cribb on Linkedin 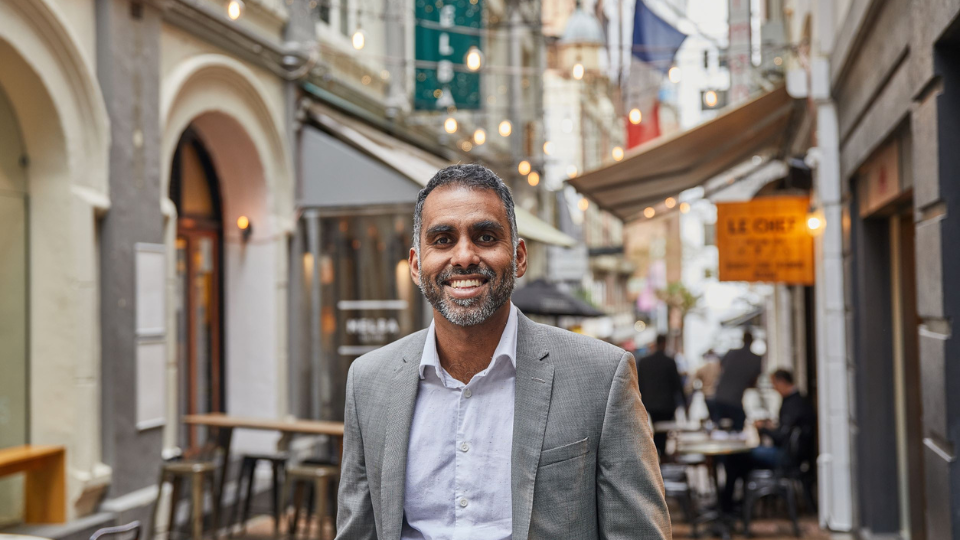 Should you get B Corp certification? Is there a benefit, and do customers care?

Recently MRCagney became the first ACE member to be B Corp Certified. We asked Managing Director Jenson Varghese how they achieved it and what it means. But first, some background on..... Continue Reading 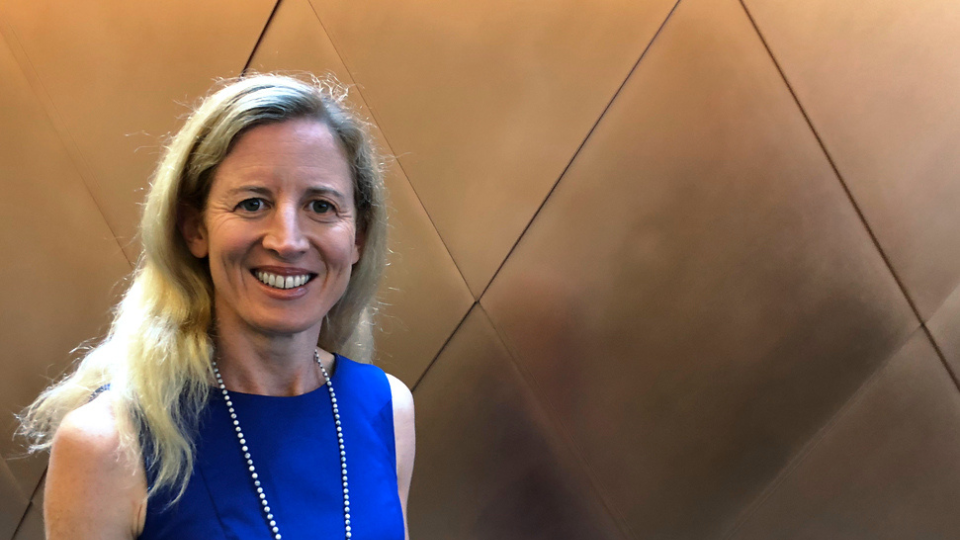 Do you counteroffer if your top employee quits?

Your number one staff member just quit – do you counter-offer? Retaining great staff is vital to an organisation’s success. It is essential for a healthy culture, continuity, succession planning,..... Continue Reading 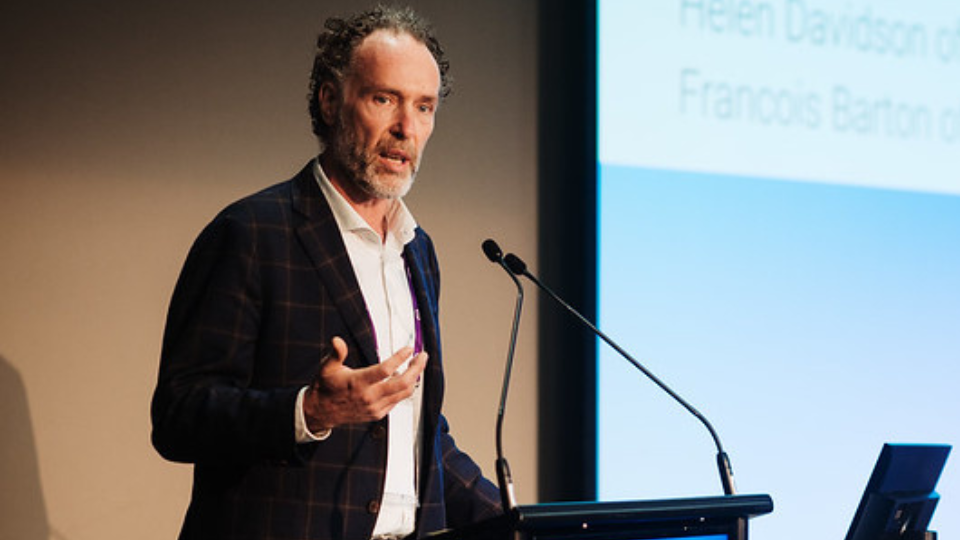 Be Well to Lead Well – with Francois Barton

Good leadership requires CEOs and senior executives to be responsible for others wellbeing, but who supports the leaders? We spoke to Francois Barton, the Executive Director of the Business Leaders’..... Continue Reading 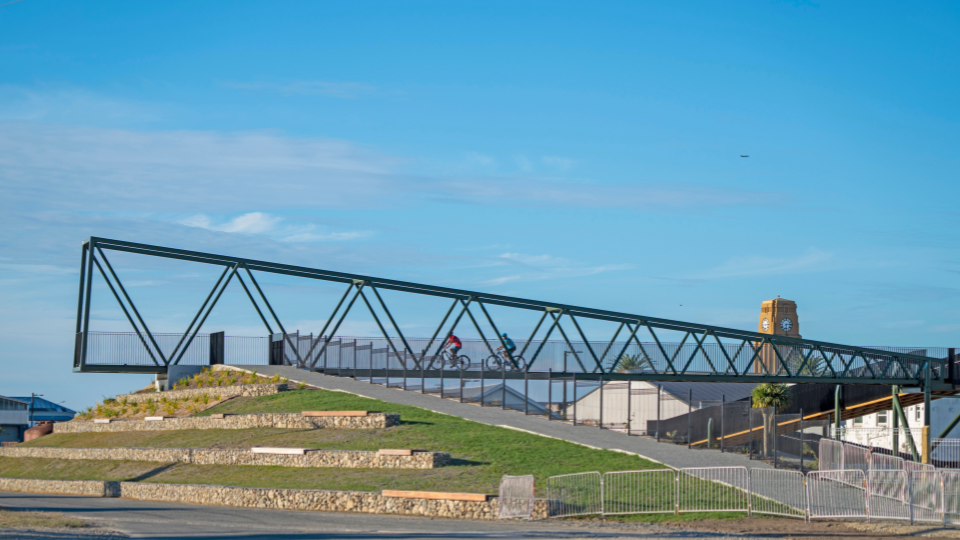 For the love of bridges – connecting communities and inspiring clients

Since opening in March this year, the Toki Poutangata Bridge in Westport has become an iconic landmark which links the town centre to the Buller River for the first time..... Continue Reading 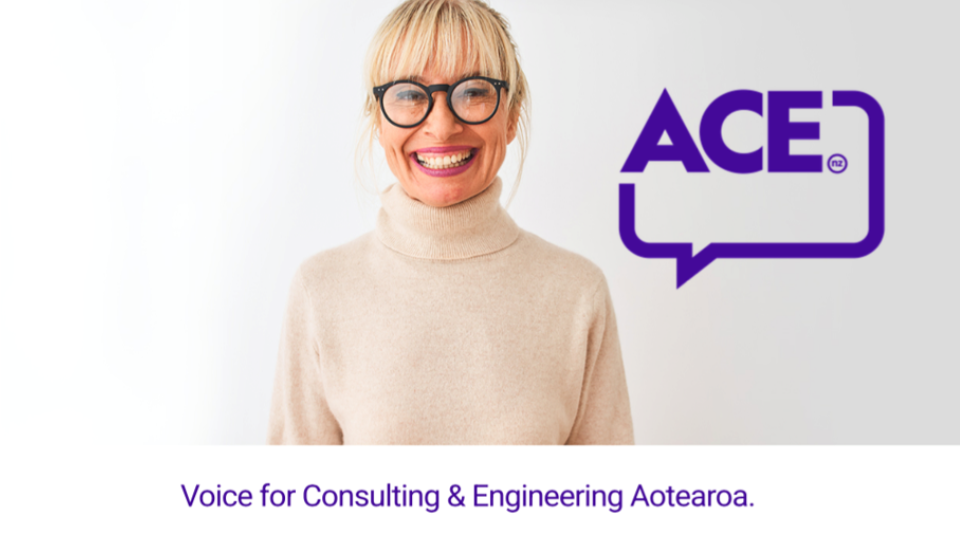 Over the last few years, ACE has been on a journey. We’ve evolved into the modern and relevant association you know today. We’re more visible than ever, we’re in more..... Continue Reading 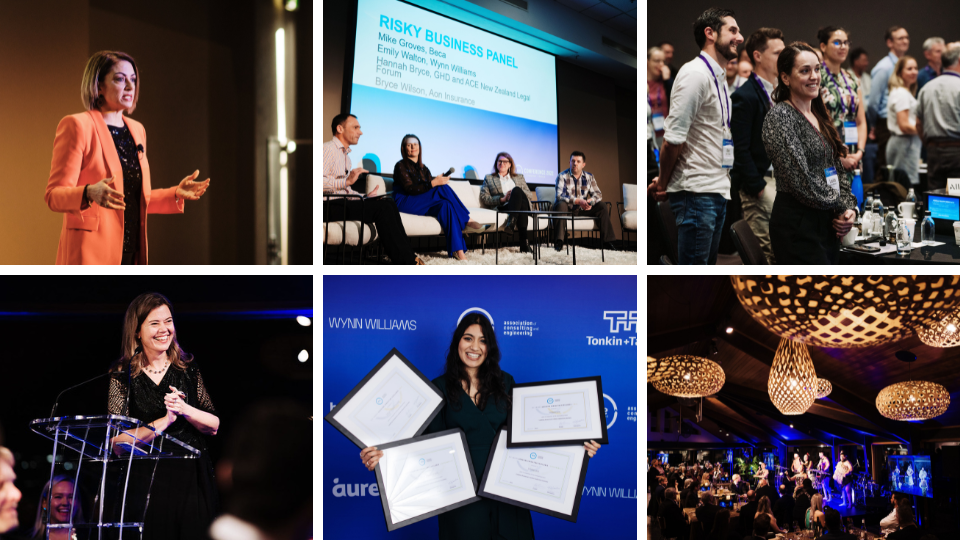 Thanks to everyone who attended and made this year’s ACE New Zealand Conference and Awards 2022 in Rotorua on 1-2 September such a massive success!.. Continue Reading 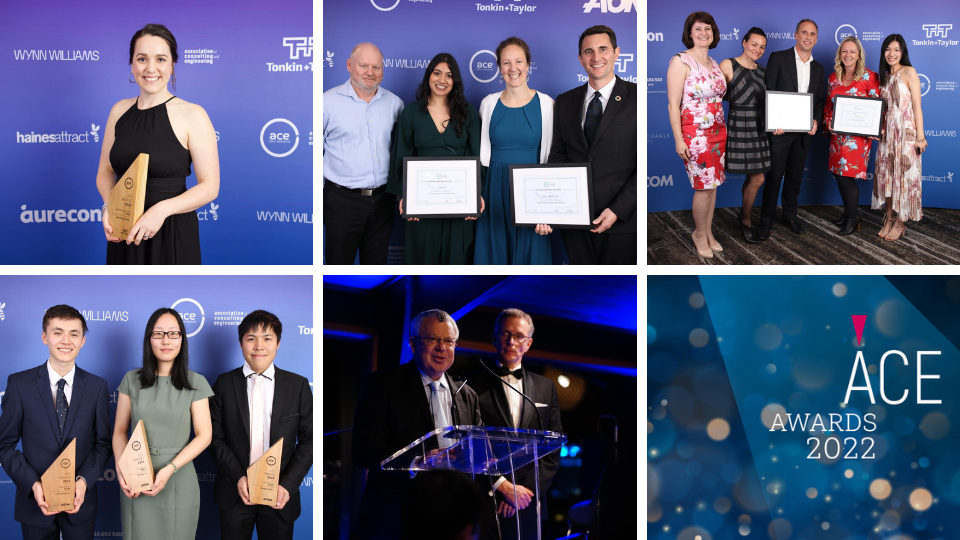 The innovative contributions of New Zealand’s leading consultants in the built and natural environment were celebrated on Friday 2 September at the 2022 ACE (Association of Consulting and Engineering) New..... Continue Reading 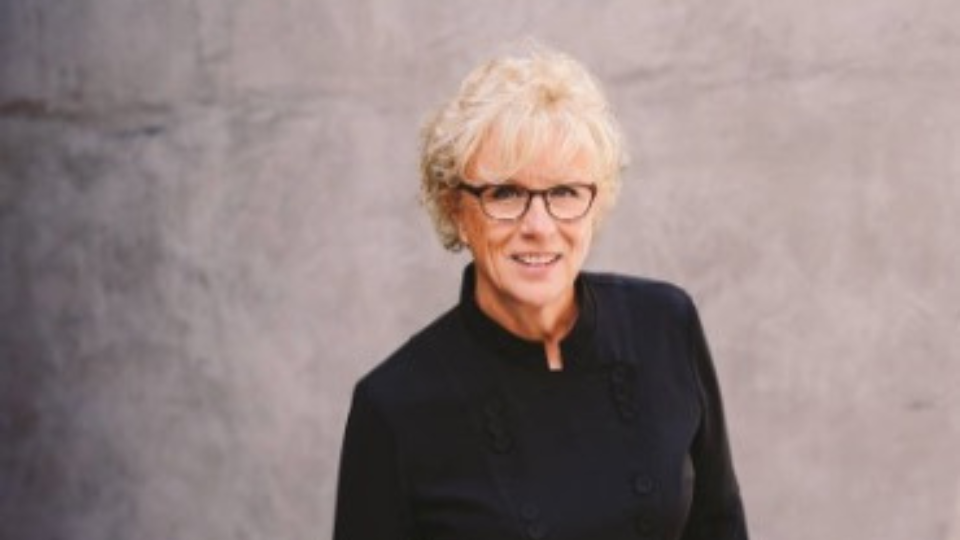 As Aurecon’s first Chief Experience Officer, Maureen Thurston-Chartraw is leading the organisation’s efforts to continuously create better outcomes for its clients. The first ever CXO within any engineering firm internationally, she..... Continue Reading 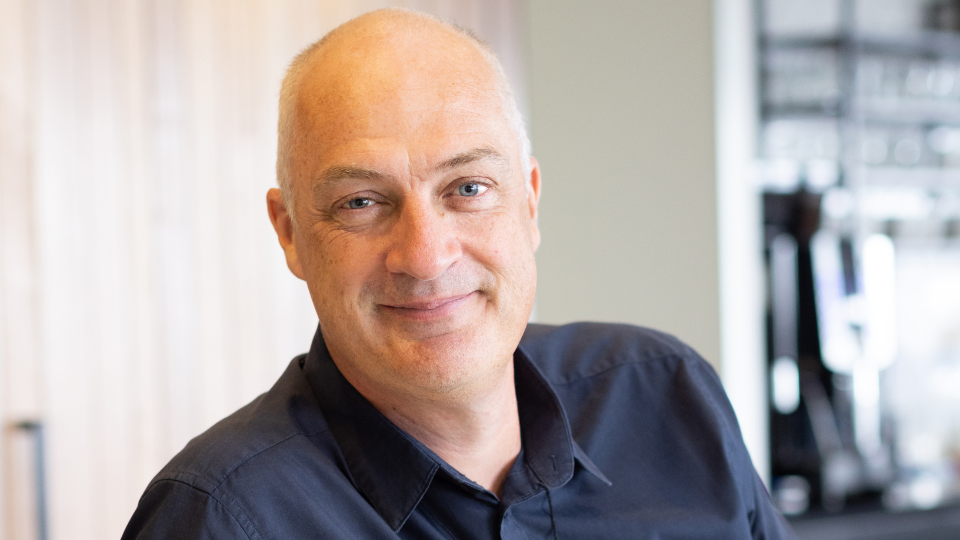 The power of storytelling - with David Downs

Attracting and retaining talent during a global skills shortage is difficult, so it’s more important than ever to understand your employee value proposition, as well as how to communicate your..... Continue Reading 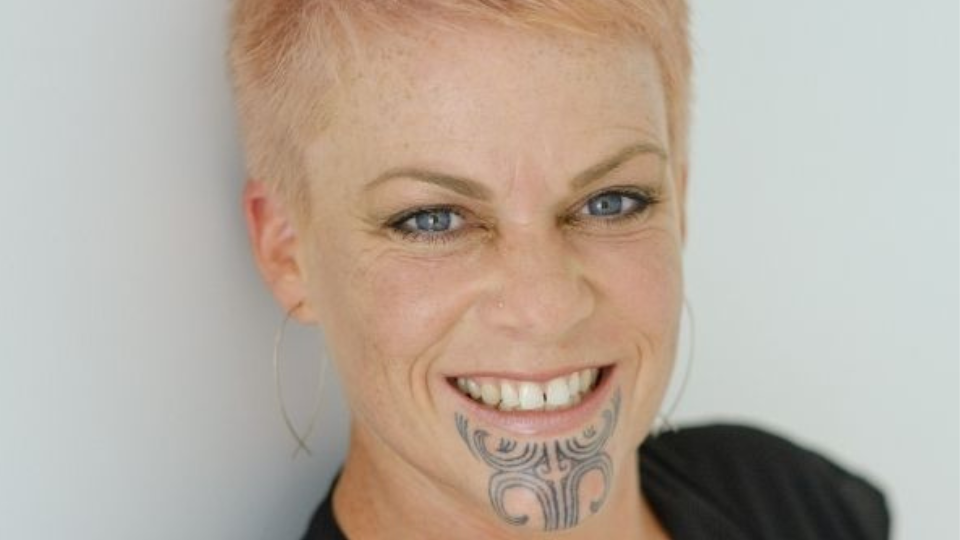 The value of YOU – with Shelly Davies

What does a writer know about pricing? Quite a bit, as it turns out. Shelly Davies is a business writer, trainer and keynote speaker who helps her clients cut through..... Continue Reading