A lot of our members are geotechnical and seismic engineers. Chances are you've heard of Helen Ferner, the president of the New Zealand Society of Earthquake Engineering (NZSEE) and, until recently, technical director at Beca. With more than 35 years of experience in structural engineering, we caught up with Helen to learn about the future of earthquake engineering. 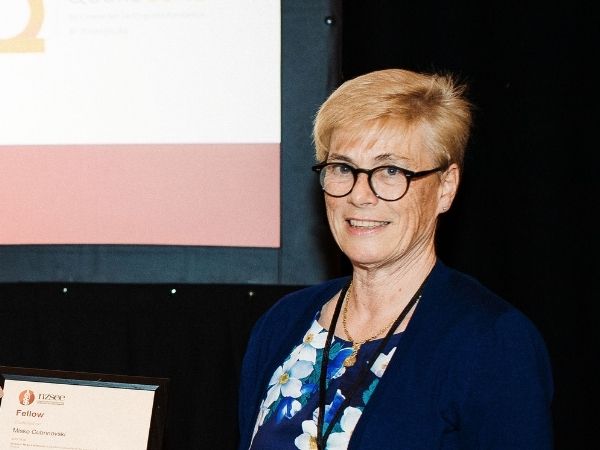 Helen, you've worked for design consultancies in the US. Tell us more?

I'd finished my degree at the University of Canterbury and had been working for a few years when I got a Fulbright scholarship to study at Berkeley University in California. That was in 1989. Once I'd finished my study, I got a job with Rutherford + Chekene, where we were working on large institutional-type buildings like hospitals and schools. In 1988, the Loma Prieta earthquake happened, and I was in the thick of it all. We worked on strengthening structures for many clients, including the historic Hearst Memorial Building on the Berkeley campus, which we base-isolated.

Then shortly after, the Northridge earthquakes happened. I worked with the California Seismic Safety Commission to make recommendations for changes to their code for earthquake strengthening.

My dad is an engineer so there was no shortage of conversation around engineering and encouragement from him. I also enjoyed STEM subjects in school.

At university in Canterbury, I was taught by Professors Park, Paulay and Priestley, who sparked an enthusiasm for earthquake engineering. That's where it all began, really.

Believe it or not, in 1978 when I was studying, I was one of two other females in the classroom. But that story is for another time!

You recently held the New Zealand Society of Earthquake Engineering conference. What were the key findings?

We deliberately held the conference in Christchurch this year as it was the 10th anniversary of the quake.

We wanted an opportunity for the earthquake engineering community to reflect on the impact of the quakes and review the lessons we've learned.

The conference was themed 'turning challenges into positive legacies' to recognise the struggles that communities and the engineering sector faced following earthquakes.

Early discussion at the conference was around the opportunities that urban renewal provides, what we've learned from the quakes and rebuild and how we can apply those lessons to create a more resilient future for New Zealand.

So, what have we learned from the quakes?

I suspect the general answer is we never learn enough. However, the truth is we have learned a lot over the past 10 years.

Christchurch Mayor Leanne Dalziel spoke about the immediate aftermath of the quakes, the subsequent rebuild and looked at the meaning of societal resilience. She also reminded participants that engineers are working for the betterment of society as a whole.

She also touched on the community's resilience over the past 10 years and how the engineering sector can help support that resilience in the future.

Have the lessons learnt from the post-earthquake response been used in other situations?

Dave Brunston, Director of Kestrel Group, spoke about the post-earthquake response in Christchurch and how the lessons applied in the aftermath of the Kaikoura earthquake.

MBIE has also made some significant changes to how it responds to quakes in the wake of the Christchurch event. It is currently undertaking a programme of work designed to improve its immediate response to earthquakes anywhere in the country. 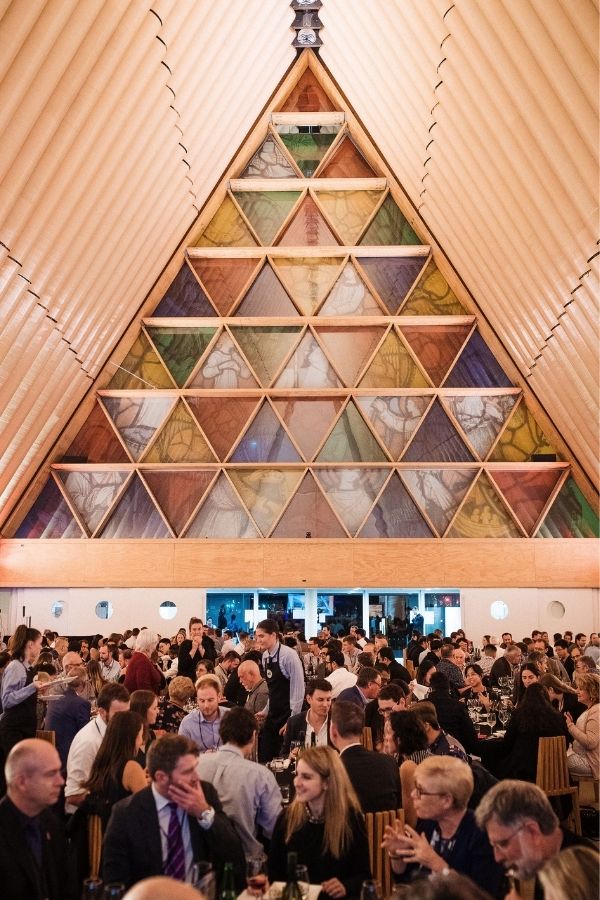 What's happening with research into seismology and seismic hazards in Aotearoa?

GNS Science, Te Pū Ao, is investigating the seismic hazards that exist across New Zealand. The project is in its early stages but has already highlighted several aspects of seismic hazards that we hadn't fully understood. The project will undoubtedly provide a lot of data that will need to be carefully considered in the future. The work won't be finished for another couple of years.

One of the hazards that we hadn't anticipated was how faults had joined together during the Kaikoura earthquake.

The Hikurangi trench area that runs up the lower North Island from Wellington through the Gisborne region and further north is one of the faults that need to be more thoroughly investigated.

Earlier this year, an investigation into the Alpine Fault in the South Island revealed just how much damage a rupture could cause.

What were the geotechnical issues discussed that related to the Christchurch quake?

Geotechnical issues have been a major focus of discussion in the aftermath of the Christchurch earthquakes. The extent of liquefaction caused by the Christchurch quakes had not been widely seen around the world previously.

Learnings from the Christchurch quakes about liquefaction have now been incorporated into our land planning. The work that has been done recently in this space is guiding councils while the geotechnical society has developed a whole series of modules on a diverse range of geotechnical topics. These include foundation design, retaining walls, landslides and rockfall.

How are we moving towards a more resilient future?

There's been a lot of research completed since the Canterbury earthquakes on how we can design buildings that are more resilient in the event of a quake.

One project underway includes tests on concrete frame buildings to try to understand how they behave in a quake, how they can be repaired after an earthquake, and what can be done to make buildings more resilient during a quake.

One of the conference sessions looked at the damage resistance of hollow-core flooring systems, which was highlighted in the aftermath of the Christchurch and Kaikoura quakes. The presentation included a look at the low damage seismic design project underway now with support from Engineering NZ, MBIE, the Structural Engineering Society of New Zealand (SESOC) and NZSEE. The project investigates how to develop new building performance measures that will encourage and assist owners and developers in aspiring to low damage design solutions. It's hoped that the outcomes from this project will guide engineers on how to design low damaged buildings in the future.

What other research is going on at the moment?

MBIE is funding a lot of activity in this space, and we need to acknowledge that effort. It is funding the geotechnical modules, the low damage design project and the GET response programme that was started this year.

A working group is doing some thinking about what happens when the National Science Hazard model gets updated and the implications of this research. One of the most likely consequences is there will be some modifications to the loadings code. MBIE is undertaking some preliminary planning work that is running alongside the national hazard modelling project now in anticipation.

NZSEE has begun the Resilient Buildings project, which is exploring societal expectations of the tolerable performance of buildings in earthquakes to gain an idea of where the code settings might be in the future.

The project can be explained by looking at the continuum of earthquakes from tiny, which we have many, to very large, which we rarely experience. The continuum of building responses ranges from no damage to the worst possible outcome of a building collapse.

We need to consider the relationship between these two continuums in relation to what society wants in terms of building performance. It appears these expectations may have changed over time.

Where do we lie in the world of earthquake engineering?

New Zealand has led the world in earthquake engineering for many years, with lots of work done in the mid-60s through the early 70s. That was when we developed our earthquake codes, and they still reflect the conclusions of all that work.

Aotearoa has experienced large quakes and learned from those experiences. What's becoming clear with all the knowledge gained is that we have an opportunity to rethink our design approaches for the next 50 years.

Science and our knowledge of quakes have advanced so much over the past 50 years - there's a lot of opportunity in this space. The real challenge is turning research into practice while sharing the advances and moving the discussion forward.

Connect with Helen on LinkedIn