Moving from London to Auckland is not as easy as it used to be – but it is possible, says Harriet Glen. She recently landed in New Zealand to take up a programme director role with Auckland Transport, and she wants to bust some myths about navigating the visa process and MIQ. 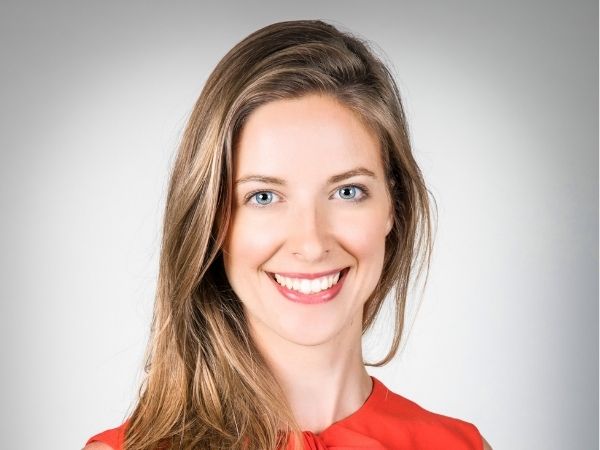 Earlier this year Harriet Glen was working at Transport for London heading up the programme to build the new Elizabeth rail line, which will span 95km, 41 stations and carry about 200 million people each year.

"I was always very keen to get out of London and work abroad, and New Zealand was always on the list, purely because it’s such an incredible country, and there are loads of infrastructure challenges," Glen says.

"When Covid hit, New Zealand became hands-down the best place in the world to be, so it was a no brainer to move here, live Covid-free and get stuck into some of those challenges."

She is now a programme director in Auckland Transport’s strategic delivery team, responsible for delivering new infrastructure around cycling – a big part of the Regional Land Transport Plan.

"I was offered the role at the end of December and it’s taken about six months to get here. But that’s purely because I had commitments in my previous role that meant I couldn’t leave sooner. However, I know someone going through the process now and they will have completed the whole visa and MIQ process within three months."

Glen strongly advises using an immigration consultancy service, as there are additional steps to the visa process with Covid, and consultants are up to date with the latest regulation changes.

"Because they are working so closely with Immigration NZ, they will be able to help guide you through and speed up the process."

Glen says navigating the visa application and MIQ process can be done in four steps, and the first three need to be done before you arrive in New Zealand.

"It’s really not that arduous. I want to try and bust some myths here because although it can be quite uncertain depending on what is happening with Covid rates at the time, the process is quite straightforward."

Step one: Expression of interest

Once you have a job offer, complete an ‘expression of interest’ (EOI) visa application. Currently, visa applications can’t be submitted from offshore, other than exemption requests.

"I started preparing the documentation in January for a first review by the immigration consultant. After further feedback and refinement, I made an ‘expression of interest’ application in mid-February.

“The consultant provided all the necessary forms to AT so it could prove that my job offer was legitimate and that I classified as a ‘critical worker’.”

"Ten days after submitting the application, I heard back to say I could apply for the ‘critical purpose visa’ which would allow me into the country.

Glen had a month to apply for a ‘critical purpose visitor visa’ which gave up to 12 months initial working rights.

"Thankfully the paperwork required for this visa was very similar to the original ‘expression of interest’ request, so I had most of the information ready to go. I completed a medical check, got together the additional information and applied in mid-March. It was approved a week later!"

Glen moved to New Zealand with her husband, who is working as an economist at the Commerce Commission.

"Coming from the UK, we had to complete 14 days in managed isolation. We booked flights as soon as our EOI was approved. Due to work commitments back home, we decided to fly out in early June.

"As MIQ slots are currently only released every three months, the June slots hadn’t been released in February and wouldn’t be released until mid-March or so.

"We registered early for the MIQ site and nervously clicked through daily for a good month before the June slots were released randomly one evening and we managed to secure the right day.

"Slots are released daily on random dates as they become available, so hypothetically dates can be booked if you are checking regularly and are flexible with dates.

"I would strongly advise everyone to book an MIQ slot and then book flights after to avoid weeks of stressful clicking and refreshing!

Glen says the 14 days in MIQ was an enjoyable experience. They were well looked after and had time to reflect and plan for their new lives in New Zealand.

"We notified our immigration consultant that we’d landed safely in New Zealand, and all documentation was ready to go. We applied for this new visa in early June while we were in MIQ, and six weeks later it was approved."

She and her husband are now settling into Kiwi life, and she wants to encourage businesses to invest the time and money needed to navigate the immigration process to employ the talent they need.

"I’d absolutely say it’s worth the time and investment to do this because there are so many people out in the world with a huge amount of skills and the eagerness to move to New Zealand. I don’t want to understate that at all, because back in the UK, NZ is the envy of the world right now.

"People would love to come over here and get stuck into some of the big knotty issues in construction and engineering and infrastructure, so it’s 100 percent worth the effort to advertise more broadly than New Zealand."